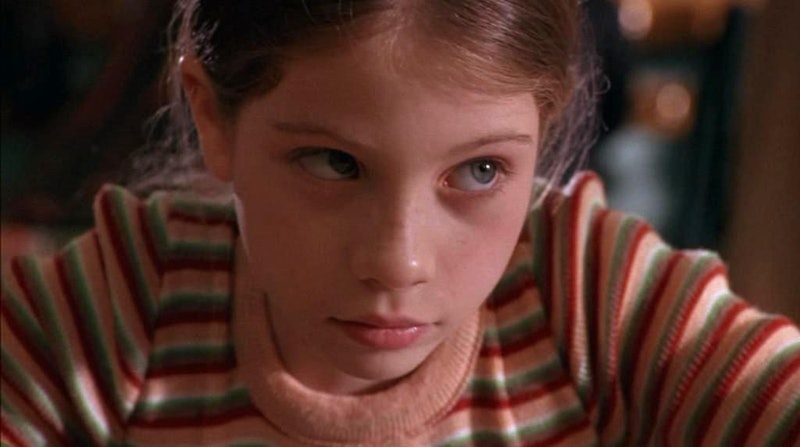 When was the last time you read Louise Fitzhugh’s Harriet the Spy ? Published in 1964, the title was hugely inspirational for girls who didn't quite fit in, either because they were super-boyish or super-brainy or both. That's one of the reasons it's near and dear to my heart, and why I pick it up at least once a year. And every time I do, I see something new and mind-blowing in it.

Here's a refresher if you haven't picked it up in a while: Harriet is 11, a quirky misfit who lives on Manhattan’s Upper East Side with her wealthy socialite parents. She is definitely privileged: has a live-in nanny, Ole Golly; cooks who get fired whenever Harriet's dad doesn't like them; and a cool bedroom on the top floor of her brownstone with her very own en suite bath.

Harriet is not your typical tween. She carries a notebook everywhere and writes down things she sees and thinks. (She would be killer at Twitter had she been written today.) She really wants to get people, to understand what makes them tick, and so she's made up a spy route. In other words, she's become a peeping tom. She watches through windows and skylights and around corners. The things she figures out about people, as well as her relationships with her friends Sport and Janie (who are also weirdos by 1960s standards), plus the trouble she gets into for being a writer, make this book unique.

Along my rereads, tons of things things that have made Harriet The Spy stand out in a special way — but most of all, I've deciphered that it was way ahead of its time. Here's how:

It Has A Badass Female Protagonist

Everyone is talking about strong female characters today, but in 1964, it was much harder to find a book about a kickass young girl. Harriet is determined to be a spy when she grows up, because she adores Mata Hari (who, fun fact, was also a courtesan). Fiercely independent, Harriet is also self-sufficient: she takes herself out to egg creams at the drugstore, is an introvert who spends lots of time entertaining herself, and isn’t scared to have opinions (which she expresses both in writing and aloud). She even chooses a middle initial for herself, because she likes the sound of Harriet M. Welsch better than plain old Harriet Welsch. Obviously, she takes her own identity seriously, and she’s self-reflective. She thinks about her own shortcomings as well as others’.

It's Full Of Diversity

Heard of that little thing called the #WeNeedDiverseBooks campaign? Well, Harriet the Spy falls into the #DiverseBooks category. Not only was Fitzhugh a lesbian who was out to her friends, but the book itself looks at a wide range of people with different backgrounds and circumstances. Through Harriet’s über-privileged viewpoint, Fitzhugh explores the realities of the less well-off and forces Harriet to face the fact that she is incredibly lucky to be part of her upper-class world. For example, Harriet’s best friend Sport balances his household finances because his mother left when he was a little kid and his father is a scattered writer who spends most of his time sleeping. Harriet’s nanny Ole Golly has an obese mother with what is probably Alzheimer's. Ole Golly also gets engaged to an ex-millionaire who decided to abandon his business and is now a delivery boy. Harriet watches the Italian Dei Santi family’s grocery store and gets caught up in their wild kids' dramas.

With a cook and a nanny and never a worry about money, Harriet doesn’t understand these people’s lives, choices, or needs. But — and this is the really important bit — she tries to. By watching, listening, and thinking, Harriet confronts her own privilege over and over again.

Harriet is a tomboy (and many readers assume she’s queer). She has a toolbelt and prefers jeans to dresses. She is adventurous and scrappy. On her spy route, she watches both men and women and finds them equally fascinating. The characters she watches often turn stereotypes on their heads. Instead of a lonely cat lady, Harriet watches a man with dozens of cats who becomes horridly depressed when they're taken away. Instead of a violent father, it is Mama Dei Santi who slaps her son upside the head when he crashes the family truck. Sport does the cleaning and cooking in his house. Janie wants to be a scientist and threatens to blow up her parents’ house with her chemistry set. She and Harriet refuse to take dancing lessons, seeing absolutely no point to them. (They end up succumbing, because, well, they’re 11 and they’re not given much of a choice.)

It Takes On Peer Pressure And Bullies

I don’t know about you, but I wrote a lot of judgmental nonsense on whatever anonymous LiveJournal I had when I was 11. When Harriet loses her notebook and everyone, even her best friends, read it, she’s furious and hurt that they ignored the word PRIVATE written on the front. As a result, Harriet is shunned and bullied, because her notebook is full of the mean (and sometimes extremely on-point) comments she writes about everyone. Ole Golly taught her that it was better to get bad thoughts out instead of dwelling on them and that description is good for the soul and clears the brain out like laxative. This is all Harriet was trying to do when she wrote that Sport sometimes looks like a “little old woman.” Throughout her ostracization, though, Harriet stays herself and keeps writing (at least until her parents make her stop).

It Gets That Parents Don’t Always Understand Their Kids

Sport is basically the adult in his house. Janie's parents don't come into her room because they're scared of her chemistry experiments. Harriet’s folks are physically there unlike Sport's, and they're not scared of her, unlike Janie's, but they're still neglectful. They get home from work (her dad) or bridge (her mom) and say hello and then go to their rooms to relax. They foist Harriet off on a nanny, and once Ole Golly leaves, Harriet doesn’t have anyone to talk to at home. When she tries to turn to her parents for comfort, she figures out that they just don’t get her. At all. For instance, Harriet’s mom sees her scribbling in her notebook and is confused. Whenever I get to that part in the book, I want to snap my fingers in her face, because hello, this is what your daughter does, Mrs. Welsch — she writes things down, open your freaking eyes.

Harriet's parents don’t really give a damn about her loneliness and depression until they get complaints from school (and isn’t this still the case for so many kids?). Their solution is, first, to take her notebooks away from her (which is stupid and makes Harriet feel way worse). Second, and this is maybe more enlightened of them, they put her in therapy. So let's talk about that next.

It Faces The Taboo Of Therapy Head On

OK, so New York City in the mid-20th century was, to be fair, one of the more accepting places in terms of therapy. It was considered pretty cool to go to an analyst. Still, that was for rich grown-ups, not messed up kids, and there was still a stigma around therapy and psychiatry. Harriet’s folks take her to a psychiatrist who (shockingly) actually seems to know a thing or two about child therapy. She talks to him a few times and he reads her pretty correctly: he sees she’s mature, strange, smart, and incredibly curious. Unlike her parents, he actually gets that she needs to write and gives her a notebook to scribble in during their sessions.

It Shows That Being Perfect Isn't Everything

One of the houses Harriet watches during her spy-route belongs to a couple who are a total cartoon of capitalism. They literally sit around all day and wait for deliveries of things to decorate their perfect house and perfect life with. The most ridiculous item they get is a humongous statue of a diapered baby girl. Harriet writes:

Boy, Ole Golly told me one that some people think they’re perfect but she oughta see these two. If they had a baby it would laugh in its head all the time at them so it’s a good thing they don’t. Also it might not be perfect. Then they might kill it. I’m glad I’m not perfect—I’d be bored to death. Besides if they’re so great why do they just sit there all day staring at nothing? They could be crazy and not even know it.

Harriet doesn’t want to be perfect. Good thing too, otherwise this book wouldn’t be nearly as interesting and awesome as it is.

More like this
Jessica Simpson On The Time She Was Pursued By A Backstreet Boy & An *NSYNC Member
By The Editors
Flip Phones Are Gen Z's Favorite New Nightlife Accessory
By Maria Santa Poggi
10 Equally Romantic & Heartbreaking Books From British & Irish Authors
By Shahed Ezaydi
Netflix Shut Down 'Bridgerton' S3 Rumours About A “Very Dark” Storyline
By Bustle
Get Even More From Bustle — Sign Up For The Newsletter
From hair trends to relationship advice, our daily newsletter has everything you need to sound like a person who’s on TikTok, even if you aren’t.