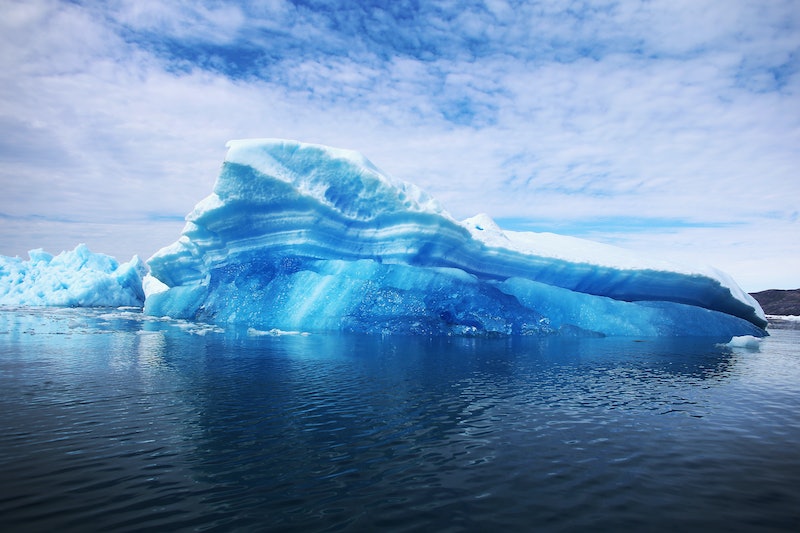 If you want to help save the environment, all you need is a bad sense of humor. Oil giant Shell wants to drill in the Arctic this summer, which would likely spell an environmental disaster. In protest, Greenpeace has launched its #WorstJoke campaign with the message that drilling in the Arctic for more oil, which has caused the Arctic to melt in the first place, is like a really bad joke — but it shouldn't be treated like one. The environmental group is encouraging people to join the protest by posting their #WorstJoke to raise awareness of the issue and spur President Obama into action.

Last month, oil giant Shell announced its plans to resume drilling in Alaska this summer. However, the company's $1 billion plan to drill in the Western Chukchi Sea in the Arctic Ocean is, as many environmental groups are pointing out, the worst idea ever. Greenpeace noted on its official site that not only is the Arctic rapidly melting, which is a global disaster in itself, but drilling there almost guarantees the additional catastrophe of an oil spill. Specifically, chances of an oil spill in the Arctic are 75 percent, according to Greenpeace. Given these circumstances, Shell's adamant drilling plans feel like a really bad punchline. Appropriately, comedian Lewis Black is the face of the #WorstJoke campaign, and in a promotional video, he talks about the impact that bad jokes have on him.

After starting out with a bad joke of his own ("What did the zero say to the 8? Nice belt."), Black gets serious and says:

After I hear a bad joke, I usually feel as if I've lost a part of my life that will never be retrieved.

He then encourages viewers to write their own bad jokes, which he assures is very easy to do, and participate in the campaign to save the Arctic. Greenpeace outlines specific instructions on its site:

(The cheesier the joke, the better.)

It's a fun, easy, and extremely social way of raising awareness for a very serious issue. For the first time ever, your bad joke will be appreciated, because it could help stop Shell from drilling in the Arctic and contributing to the increasingly rapid environmental decline of our planet. So what are you waiting for?

If you need inspiration, here are some of the worst jokes that have been submitted so far.