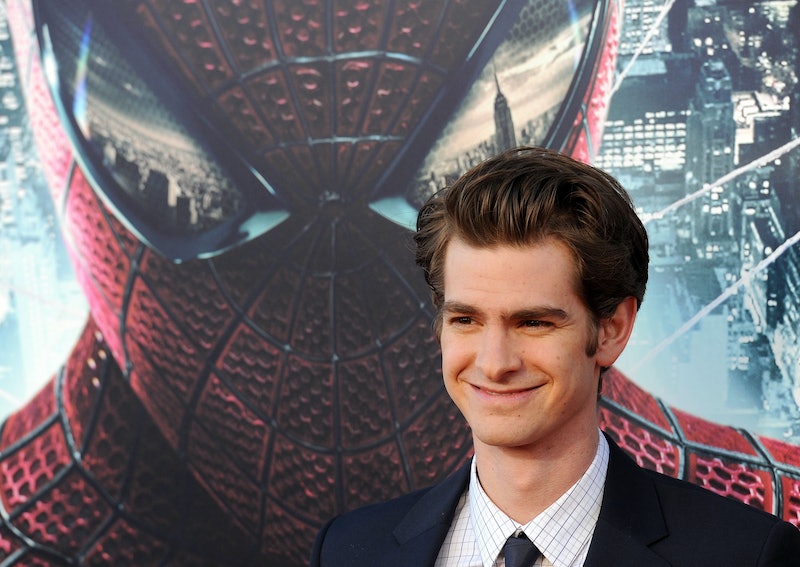 In case everyone forgot, Andrew Garfield is more than Emma Stone's charming arm candy — he's Spider-Man as well! Well...he was Spider-Man, anyway. It was reported earlier today that the British (yep, you can triple check that if you want) star will no longer be playing the role of Peter Parker in the Spider-Man franchise.

Sony has been producing the latest Spidey adventures, though in the next reboots, Spider-Man will once again be under Marvel production, or as they call it in the biz, the Marvel Cinematic Universe (or Marvel's Cinematic Overlordship, if you will). In this next chapter of your friendly neighborhood web-slinger, characters from the MCU will join forces. So yes, Spider-Man plus The Avengers just might be a bigger deal than Batman vs. Superman. However, Garfield will not be suiting up in red and blue for the next amazing adventures.

Marvel has yet to announce what casting will look like for the next Spider-Man. Their casting generally tends to fall between typical superhero beefcakes (Chris Hemsworth, Thor) to precious moments figurines (Paul Rudd, Ant-Man), so the next Spidey could be anyone from Channing Tatum to Michael B. Jordan to Miles Teller — wait, those are all actually really great options. Someone call Marvel!

In any case, Garfield will be sorely missed as his particular brand of humor brought just the right levels of snark and heart to the role. Here are all of the reasons we will miss Andrew Garfield as Spider-Man:

Saving the world, one grin at a time.

The most chill Spider-Man ever.

Ugh! Now these are gone too!