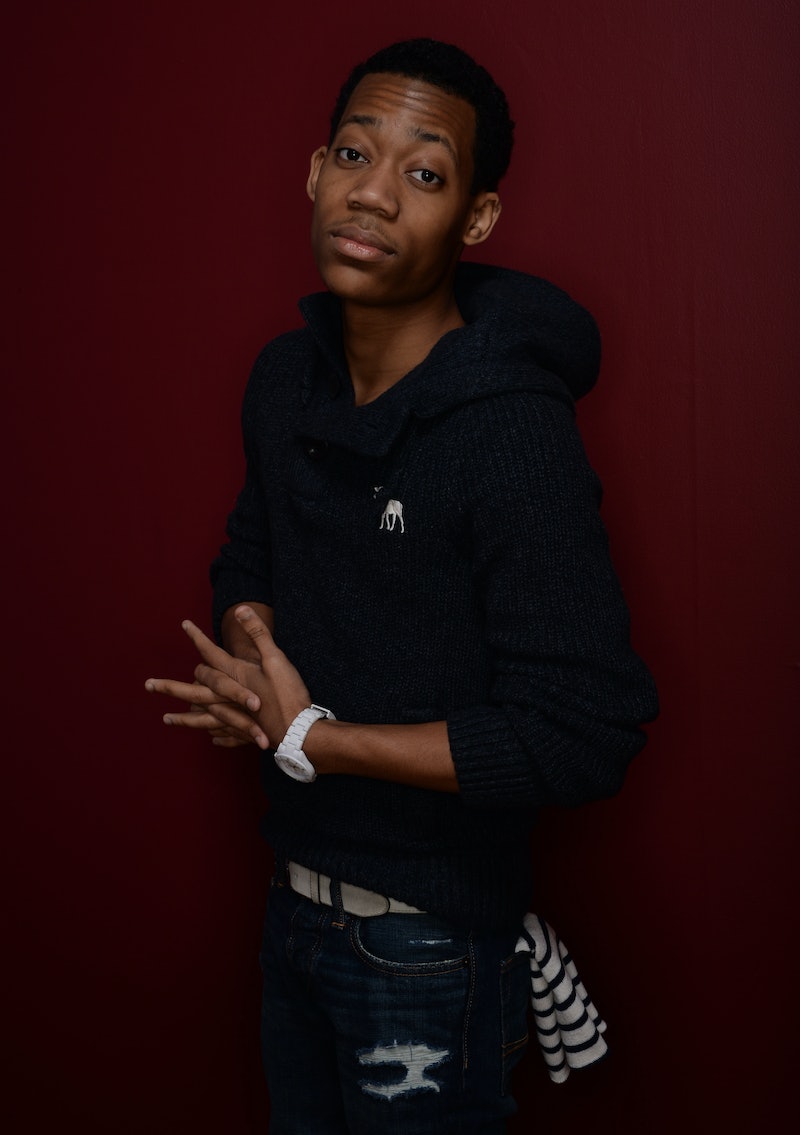 Big news hit Monday night around 12 a.m. EST: Marvel and Sony had struck a deal to allow Spider-Man to rejoin his rightful cohorts the Avengers in the Marvel Cinematic Universe. As one twitter user put it, it was like "the fall of the Berlin wall of superhero movies." The news immediately sent Marvel fans into a late-night tizzy: What does this mean for Civil War ? Will production schedules allow him to show up sooner than Infinity War? Was it really necessary to move back the release dates for Black Panther and Captain Marvel ? Is this finally Donald Glover's chance at the role of Spider-Man? And, when it comes to this Spider-Man, will he be Peter Parker or Miles Morales?

All of these are pretty big questions — and a lot of them we won't have answers to for months, possible years. We can hope, we can dream, but Marvel moves at its own (snail's) pace whether we like it or not.

But that won't stop us from guessing. This is a pretty groundbreaking moment for superhero flicks and for the Hollywood studio system in general, and it deserves our attention and our hopes and our dreams. So, let's indulge that. I know at least one piece that I want out of this deal, especially given the delayed releases of Black Panther and Captain Marvel: I want a Spider-Man who's a person of color. He could be Peter Parker, he could be Miles Morales — in either case it would be a way to set what Marvel's doing apart from the two white Spider-Man actors we've had within the last 15 years. And if they were to choose Miles Morales, that would be even more the case — there are still some unexplored aspects of Peter Parker they could surely bite into, but there's something to be said about not rebooting this dude for the third time in very recent memory. A fresh face — and a fresh name, and a fresh origin story — would be nice.

And so my instincts are leading me, along with many, towards Miles Morales.

And there are already a ton of great actors who could play him, should Marvel choose to go the Miles route. We already investigated who should replace Garfield as Peter Parker in the series, but what about Miles? There are some excellent options — among them:

This is the most immediate name that came to mind for a lot of people. Whether it's as Peter Parker or Miles Morales, a lot of people have been wanting to see Glover as Spider-Man for a long while now — in fact, the campaign to get him cast in the Amazing Spider-Man films actually had influence over the creation of Miles Morales in the first place. His casting would feel, in a lot of ways, just right — and perhaps even more than that, anyone who's watched Community already know he kicks ass as a performer. But whether or not he's cast, Glover would be present in every inch of a PoC Spider-Man.

This might actually be my top pick for this one — I'd love to see Glover in the role, but I think I'm more into a Glover Peter Parker than a Glover Miles Morales, in part because Miles is just so young. And so is Williams, at least compared to the over-thirty Glover and Andrew Garfield. I feel like the relative youth is a required bit for Miles, at least at the beginning. Williams isn't exactly a household name, but neither was Chris Hemsworth — and like Chris Pratt he's known by a lot of sitcom watchers thanks to his days on Everybody Hates Chris. I could dig it, basically:

Another of my favorites on this list: This former Harry Potter actor (Dean Thomas) and current How To Get Away With Murder cast member. Just picture it. The picture's good.

He's got the...youth? I gotta be honest, I'm just in this for the wacky press tour.

He just needs to be in a lot more things.

Another one who really needs to be in more things. It was your job to make him blow up after The Hunger Games, Hollywood!

His part in Selma was brief but memorable and poingant, and I have a bias towards actors who were in Short Term 12.

He's already got Star Wars, but our hopes and dreams do not bow to silly things like ~*schedules*~.

Alternatively, we could go with this guy, who's really rocking this cosplay like Spider-Man was invented just for him.

Whatever happens, never forget this set by Glover: