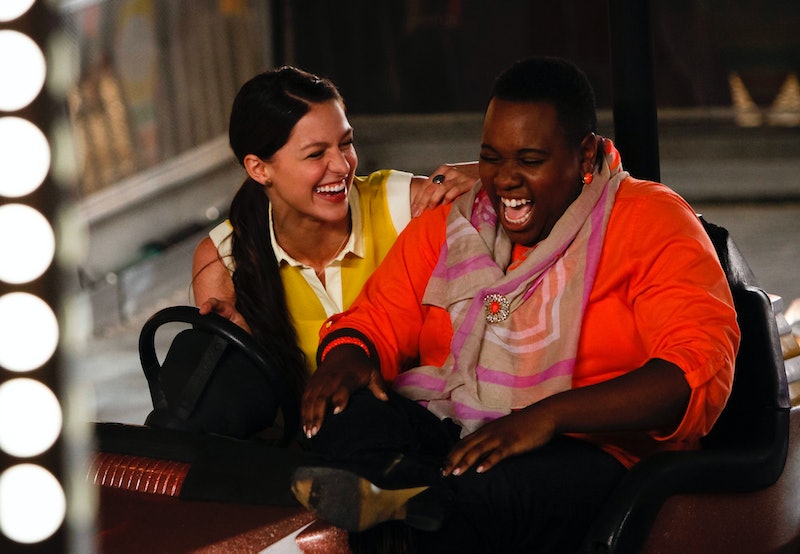 Sometimes the cast and characters of Glee are comparable to a revolving door — Rory Flanagan, anyone? Outside of the permanent OG Glee members, there are few recurring stars that have really stood out and made an impression before being sent away to wherever old Glee cast members go. One character that did leave a big impression — and brought a big storyline — on Glee was Unique Adams. Born Wade Adams, Unique was the Vocal Adrenaline vocal knockout who transferred to McKinley in Season 4. Unique's transgender storyline was crucial to the show's pattern of acceptance, which is probably why Unique will be returning to the show to help Coach Beiste with his transition. But before Unique returns to the show, we should be reminded of where she went when the show said goodbye.

Unique was one of the lead characters during the down seasons of the show — in my personal opinion. Season 4 and 5 weren't much to write home about, but Unique's presence on the show helped in saving whatever was savable from the "dark seasons." She was a force of strength, wit, talent, and being different, and if anything, she was too great for the seasons she was featured in. But when Glee sought to return to its roots in Season 6, Unique was no where to be seen. So what happened to Unique? Let's refresh our Unique timeline, shall we?

She Was Originally a Vocal Adrenaline

Not only was Unique part of the hated Vocal Adrenaline, she was the queen from looking at her performance of "Boogie Shoes" during Season 3. She was shy, but grew to have amazing stage presence and confidence from her acceptance as Unique.

She Transferred to McKinley in Season 4

Arms-wide-open McKinley was happy to bring Unique into their circle, because the show couldn't lose a powerhouse like Unique that easily, could they? At McKinley, her confidence grew tenfold with her identity and she was able to make friends, becoming especially close with Marley and Kitty. She even had a crush on Ryder, who she catfished, but that got busted real quick.

Sue Transferred Her in Season 6

And then we come to Season 6, where Unique — along with the other Glee members — have disappeared. OK, maybe they haven't disappeared so to say, but Sue kicked them out of McKinley and transferred them to different schools in the area in her goal to rid McKinley of all Glee memories. It's probably one of the strangest ideas the writers of the show have come up with — why couldn't some of the members just not want to be in the club anymore? — but I guess it's what had to happen to get the original New Directions back. We haven't heard from any of the Season 5 New Directions, other than Kitty — who got to stay at McKinley — so Unique's return to the show and school is once again a welcome of open arms. Welcome back, girl.