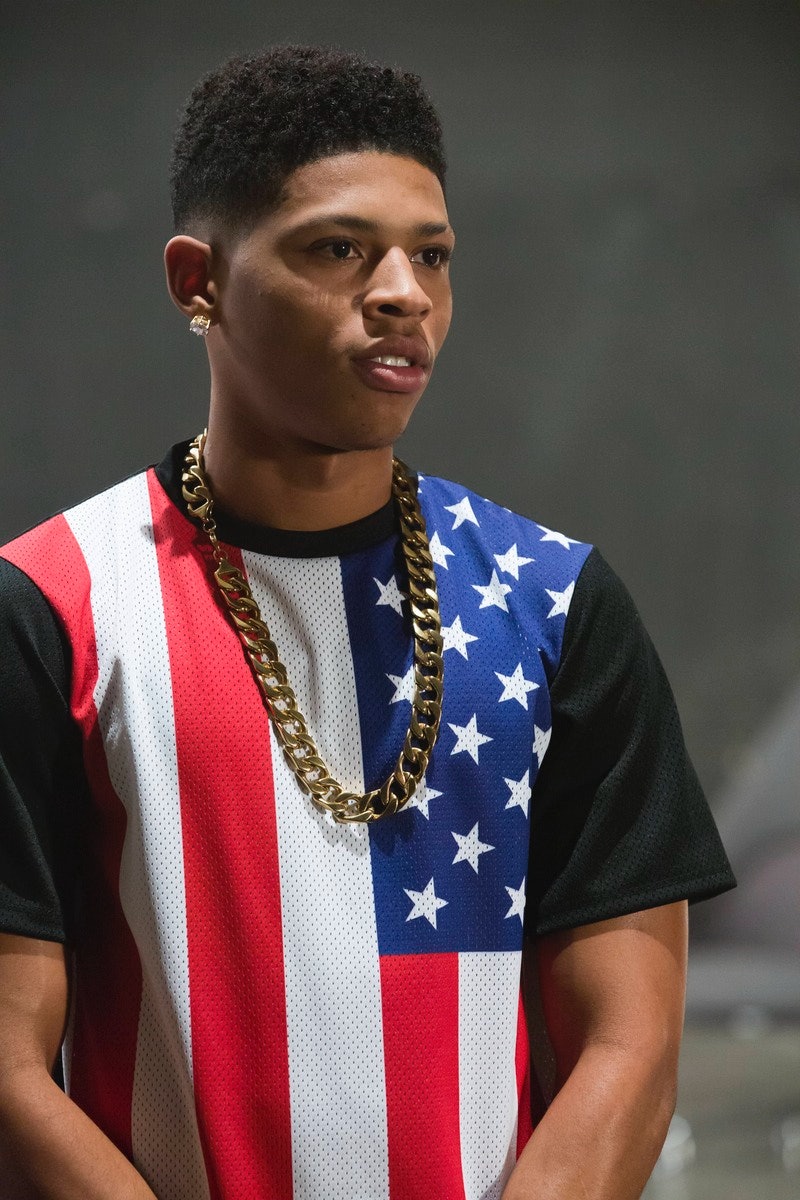 At this point in your Empire obsession, you've become well-accustomed (OK, obsessed with) the music that is produced for the show. But with great music comes even greater, inspired dancing set to some of the show's songs. Now, I'm not talking about you dancing on your couch as you watch the FOX drama, even though that is completely allowed and expected. I'm talking about the dance moves of the show's stars. Well, of one star in particular. Bryshere Gray, who plays Hakeem on Empire and can dance . We've already discovered that Gray, aka Yazz the Greatest, has a thriving rap career, but what about those dance moves?

While the show doesn't necessarily boast itself as a dance show, music and dancing go hand in hand, and really half the energy that comes from the music on the show is because of the energy put forth from the actors and performers. Gray's moves definitely stand out on Empire, and it turns out his own personal music career isn't lacking them either.

This is Gray's first role on TV, so there isn't much out there regarding his history with dancing, but just from looking back at Yazz the Greatest's YouTube channel, we can see that dancing has long been a part of performing for him.

First, let's take a look at Gray's moves on Empire. They're great, of course, but once you see what he is capable of you might be asking yourself (and the producers/writers of Empire), "WHY ISN'T HE DANCING MORE?"

Sorry Jason Derulo and Chris Brown — who used to be considered some of the best dancers in Hip Hop — time to make room for the next generation. At this fan appreciation performance, Gray shows that even a choreographed number is easy for him. I'm not trying to get all fan girl here — ahem, audience members — but I would say that Gray's dance moves to "Suit & Tie" are AMAZING.

He Doesn't Even Need To Be Rapping

As an opener for Fabolous, Gray proves that he doesn't even need to be rapping to get into the dancing spirit. This "number," if you will, features everything, somersaults, jumps, even some — ahem — pelvic thrusts. And after seeing this, I'm just waiting for Empire to give this kid a full dance number, spotlight on him, where he can let loose and show us what he's got under his sleeve (and by sleeve, I mean American flag vest!).