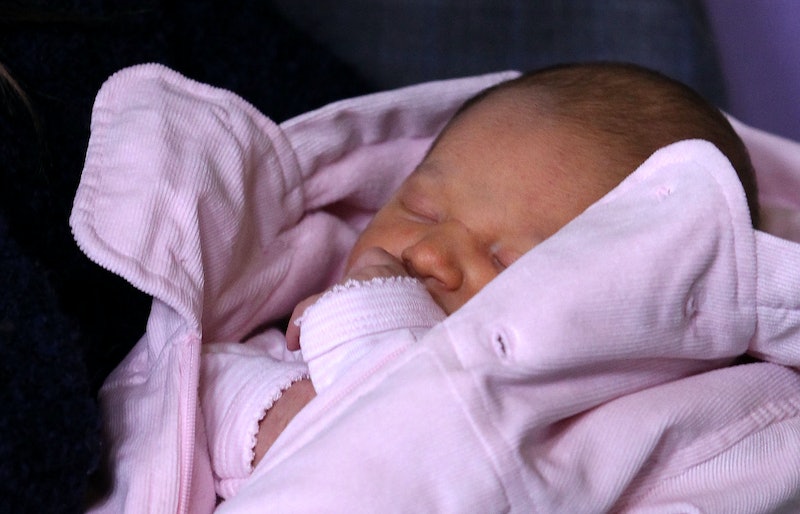 Just in case you needed something else to worry about when it comes to having kids, the Hong Kong Medical Journal recently published a report of a baby girl who was born “pregnant” with twins in 2010. Are you freaking out already? Doctors believed them to be tumors, but instead discovered two fetuses that were about 8 to 10 weeks in gestation and had arms, legs, rib cages, and intestines. Luckily, the baby underwent surgery at three weeks old to remove the fetuses and was safely released from the hospital eight days later.

This abnormality is called “fetus in fetu” and is actually classified as a type of cancer instead of a pregnancy. Fetus in fetu doesn’t require wombs or female organs, meaning that it can and has happened to males. So far, scientist don’t really know for sure what causes this abnormality. According to the South China Morning Post, the condition only occurs in 1 to 500,000 births around the world and only about 200 cases have been reported.

Dr. Yu Kai-man, an OBGYN specialist, told the Post, "Since it is impossible for the little girl to have conceived the pregnancy on her own, the fertilization of the twin fetuses, of course, belongs to her parents, which has gone to the wrong place."

Because I’m a curious person, I searched for a documentary on fetus in fetu that a friend mentioned and learned about the case of Sanjay Kumar, an Indian man who unknowingly carried his twin around inside of him well into adulthood. The doctors who operated on him thought they were removing a large tumor, but to their “surprise and horror” they instead discovered a half formed baby that had been parasitically feeding off Kumar for years. Are you freaking out now?

Because I’m a squeamish person, I had to bail out on this documentary early on, but if you’re interested in learning more about fetus in fetu (and think you can handle it) feel free to watch the "The Twin Within The Twin."