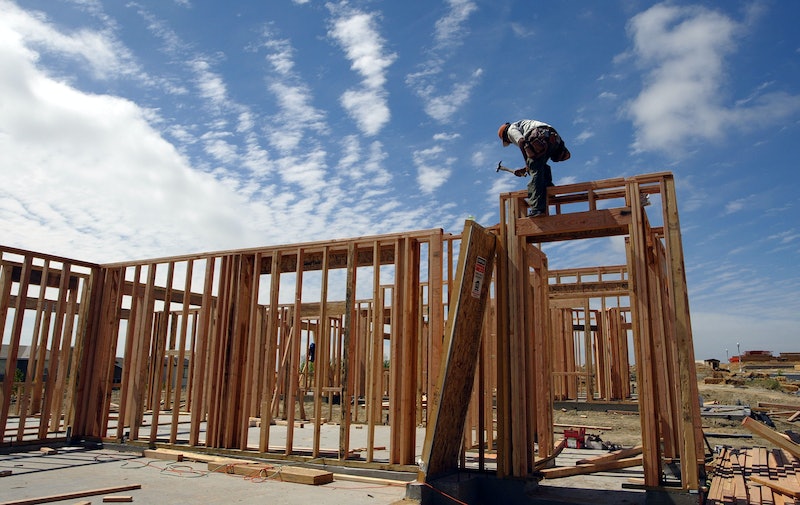 The dreaded question that follows us through life: What do you want to be when you grow up? In elementary school, when "growing up" is a delightfully abstract concept, my answers were dreamy and easy: a princess, the President, a mailbox. Adults seemed comfortable as long as you had an answer, even if that answer was an inanimate letter-holder.

Getting older just piles on the questions that will ultimately determine your life's plan with more force: Where are you going to college? What’s your major? Thinking about internships? Want me to put you in touch with my second cousin? Are you gonna move out of the house? And…. ughhhh. Even those of us with vague plans of future world domination quickly learn how easily career tracks veer off path once you've got a degree — and student loan bill —in hand. We find there's simply not enough time to explore all the options we once thought we had. Too often, we just pick something vaguely interesting, search for jobs, and hope for the best.

To put it simply: finding the right career is hard. And although I like my current gig, I can't help but daydream myself into other people's uniforms. Would I be happier following my true calling as a dolphin trainer (probably)? Would I be more fulfilled working with my hands? Staring down Fifth Avenue from a high-rise office building? While a life overhaul and major career change may take more than an afternoon or two of dreaming (which I assume is all it takes for me to finally become an urban farmer), it’s easy to start dreaming big — or simply escape your current job during your lunch hour — with these inspiring, eye-opening memoirs about work.

Smoke Gets in Your Eyes by Caitlin Doughty

While “mortician” may not have been on your potential-careers list as a kid, Doughty’s exploration of the mortuary industry, told through the lens of her three years as a crematory assistant, might make you reconsider. Well, maybe not reconsider — but at least temporarily suspend any spooky feelings about this job. Doughty reveals the tender and spiritual sides of loss and death while getting down to the nitty-gritty of the profession (raking out human remains? Yup, that’s in here).

Working Stiff: Two Years, 262 Bodies, and the Making of a Medical Examiner by Judy Melinek, M.D. and T. J. Mitchell

If body disposal is not your dream what-if job (and why wouldn’t it be? Weird), then maybe a behind-the-scenes look into the life of a Medical Examiner is more your speed. Law and Order and CSI fans, rejoice: Here’s a way to feel as badass and smart as the MEs on your favorite show, only with way less workplace trauma. Judy Melinek and husband T.J. will take you through the ins and outs of a profession that’s action-packed, emotional, and where two workdays are never the same.

As the popular food blogger of Orangette, Molly Wizenberg knew a thing or two about grub — but it wasn’t until her food-loving husband started hatching a plan for a Brooklyn-style pizza place in Seattle did she see herself as a restaurateur. If you’ve ever dreamed of opening one of your own, Wizenberg’s run-down of everything from finding a space, to securing the equipment, to paying for it all, will either straight-up inspire or terrify you. It’s a choose-your-own-adventure for foodies looking to escape the office.

Without You, There Is No Us by Suki Kim

Many would not consider a teaching job in North Korea enviable, but anyone mildly interested how life happens in the isolated Democratic People’s Republic will be riveted by Kim’s memoir about her time there. A journalist by trade, Kim passes as a missionary in order to work as a English teacher for sons of North Korea's upper class. Her descriptions of daily life, alongside class and campus interactions, show how much scrutiny each citizen and visitor is under, allowing readers a glimpse into a profession that most of the world could not do.

Garlic and Sapphires by Ruth Reichl

Aside from being a dinner I would totally want to be served, Garlic and Sapphires is an inviting peek into the life of a food critic — and the measures to which a woman must go in order to remain anonymous to the chefs and restaurants she’s evaluating. (No playing favorites in the food world.) And Ruth Reichl was no run-of-the-mill alternative weekly reviewer. Nay, she worked for a wacky, casual newspaper you may have heard of: The New York Times. It’s safe to say she knows her stuff.

Heads in Beds by Jacob Tomsky

When it's your job to accommodate guests at their most vulnerable (aka in pajamas), there are bound to be a bevy of juicy tales of crazy late-night calls and ridiculous room-service requests. Luckily, Jacob Tomsky has collected a few of them in his ten years of service experience in order to take readers behind the front desk into the seedy (and sometimes not-so-seedy) world of hospitality.

West with the Night by Beryl Markham

Do I really need to sell you on this one? Aren’t the Amelia Earheart vibes and awesome author name (Beryl!) enough? Well, if not, this is the memoir of the first woman to fly solo across the Atlantic Ocean from east to west. Here, she discusses growing up in then-occupied Kenya, which led to her career as a bush pilot. Oh — and this was all happening in the early 1900s. So if you’re yearning for some armchair adventure, or just want to feel the excitement of aircraft industry firsts, this memoir is one to add to the to-read list.

My Salinger Year by Joanna Rakoff

Few fledging publishing types can claim to work with big names in their first year, which is what makes Joanna Rakoff’s remembering of her time at a literary agency so remarkable. One of her regular correspondents was none other than J. D. Salinger (perhaps the title gives it away). This is a perfect step back into the New York of recent past: offices that weren’t totally dependent on the Internet, full of musty tomes and leather chairs, and Williamsburg apartments that an assistant could actually afford to live in.

Hammer Head: The Making of a Carpenter by Nina MacLaughlin

This memoir, which focuses on how MacLaughlin left her job to become a carpenter’s apprentice, will give you the accomplished feeling of having worked with your hands all day — without a single splinter. In a world of instant gratification and hired contractors, it’s immensely satisfying to sit back and hear how one woman learned to hang doors, build shelves, and install windows (that’s almost the same as having done it, right?). The book’s not out 'til March, but MacLaughlin’s beautifully written blog, Carpentrix, will keep you busy for now.