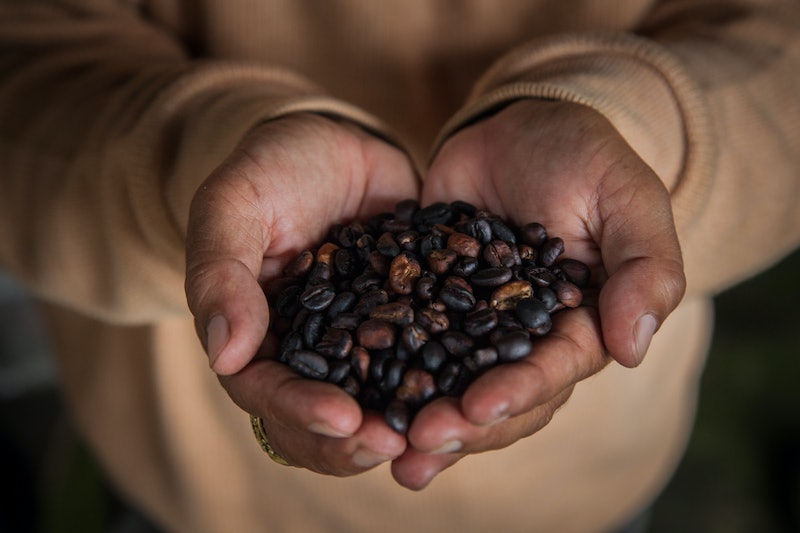 What's a better morning pick-me up: Sex or Folgers? A new survey says more people prefer coffee. I don't understand the need for this false dichotomy — what about sex and coffee, folks? — but according to guest surveys from Le Méridien hotel group, 53 percent of people would choose caffeine over orgasm in the morning when only one was possible.

The international hotel chain surveyed travelers in six countries, including France, the United States, China, Dubai, Germany and India. More than three-quarters of respondents (78 percent) said they would rather abstain from either alcohol, social media or sex for a year than go for a year without coffee.

That's not terribly surprising; it seems about a quarter of people would give up each option. Let's also keep in mind that the survey included only frequent travelers, which seem likely to be an especially coffee-guzzling bunch. The survey also found:

I thought about it, and though coffee is one of my very favorite things, I'd have to choose coffee abstinence over sex, booze or social media. Sex would be my last choice of the four because, duh (maybe these survey-takers just need to seek out better sex?). Social media is obviously way less awesome than coffee, but it's also kind of necessary as an online writer. Coffee and alcohol were initially a toss-up, until I remembered: One can switch to tea in the mornings (we should all be drinking more tea, anyway) but there is nothing worse than drinking ice water at a bar.