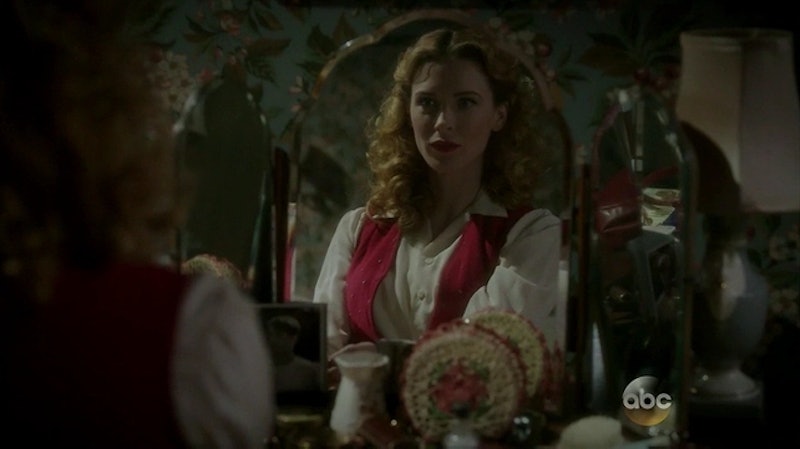 Whoa! Leviathan's attack is closer than ever on Marvel's Agent Carter. Not only did a witness hypnotize his way into some key info (RIP Agent Yauch), but Dottie attacked Peggy on Agent Carter and has orders to kill. Levithan is no joke. I'm really worried about these characters, y'all! This was after Dottie killed a recruit in a Russia flashback, and also a dentist who happened to be in the way of her choice sniper location in the present. What a gal!

Let's not forget the second Leviathan Agent in this episode. Chief Dooley brought in Dr. Ivchenko to be questioned about Leviathan. When Dottie had set up her vantage point, it looked like she was going to kill him for defecting. However, the Russian was standing too close to the window. Either he wanted to be killed, or he was not the target. Sure enough, he signaled to Dottie in code. The message was that he needed more time to get what he was after, and that her assignment was now to kill Peggy Carter instead.

Then we learned that Dr. Ivchenko has a ring that he's able to use to bend people to his will. He also has Sherlock-esque deduction abilities that he uses to get inside people's heads. The trick almost worked on Dooley, but he was spared at the last minute by heartbreaker Daniel Sousa. Dr. Ivchenko then turned to a Junior Agent. The scene became a quick reminder as to why the Imperious Curse is Unforgivable in the Harry Potter universe. While under Dr. Ivchenko's hypnotism, poor naïve middle child Agent Yauch gave away the location of Stark's stolen technology, the exits to the building, and top secret knowledge about Peggy Carter. He then, still under the spell, drank his last meal and walked into traffic to his death. Yikes!

Meanwhile at The Griffith Hotel, Dottie had Peggy Carter knocked out. That's right, she kissed her right on the lips with Peggy's own "Sweet Dreams" lipstick!

Dottie was about to go to town on her with her knife, when the SSR Agents caught up with her. Peggy escaped with them, but not before figuring out who Dottie was after noticing the handcuff marks on her wrist. When Angie went to check on the Dotster later, she had abandoned her room. Why did Dottie let her go so easily? She easily could have taken those SSR Agents out. What does Leviathan have planned?!

The promo for next week's episode, appropriately titled "Snafu," because they sure are in a heck of one, shows Dottie in fancy new clothes and more devious expressions. It also shows the SSR Office getting smashed to bits. Watch it below.