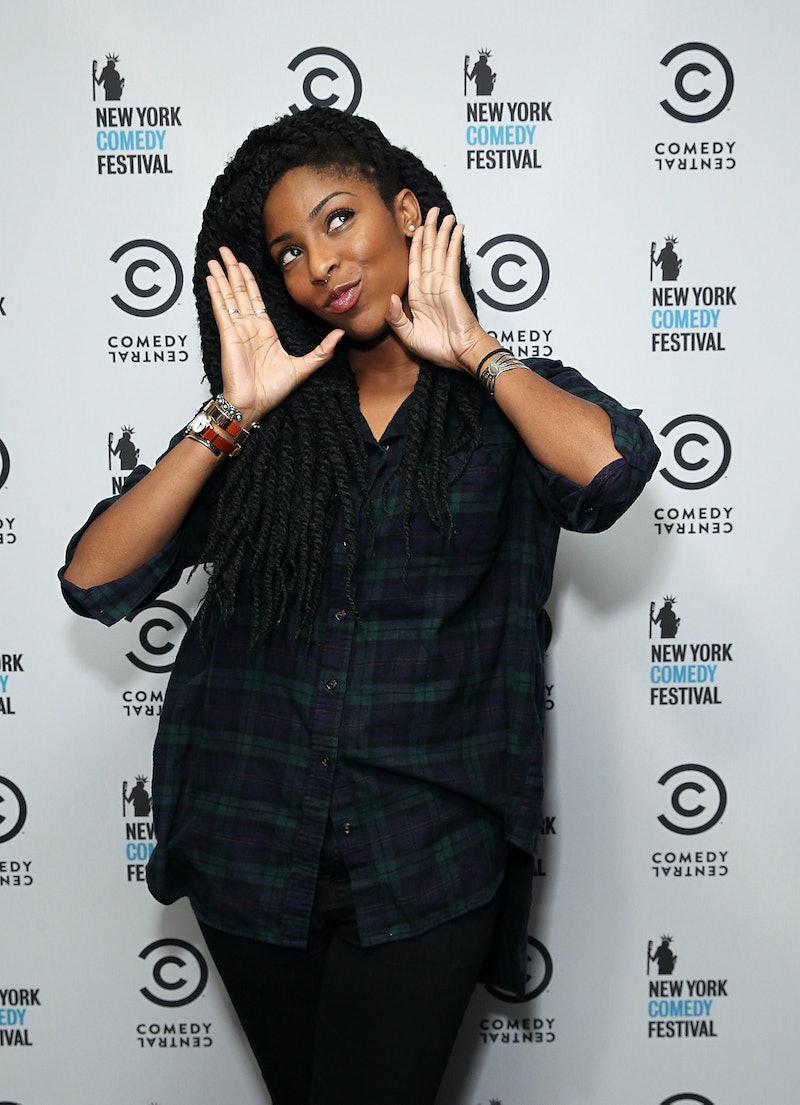 On Wednesday morning, we woke up to a world in which our days with Jon Stewart hosting The Daily Show are now numbered. The beloved satirical news host announced his departure and the reasons behind it during Tuesday night's broadcast of The Daily Show and, while we might understand those reasons and respect his decision, that doesn't make it hurt any less. Our world may be ever changing, but there are just some things that we expect to stay the same and The Daily Show is one of them, dammit. While people might be wondering what Stewart will be doing after The Daily Show, there are likely just as many people wondering what his departure will mean for the Daily Show correspondents that still work on the program. It's highly unlikely that any of them will be stepping down when Stewart does, but where are they now?

There are so many correspondents, both past and present, that owe their entire careers to Stewart (Stephen Colbert included), and his current roster of them are some of the funniest, thoughtful, intelligent, and dedicated people in the satirical news game right now. From his longest-running correspondents to his newest hires, let's take a look at where the correspondents are now and where they could be going.

Bee co-hosted the show with husband Jason Jones in Stewart's absence in 2014 and was the only female correspondent on the show for two whole years until Kristen Schaal showed up. She's a correspondent, an actress, and an author — basically a triple threat. I highly doubt that The Daily Show is going to lose her; in fact, she's my second choice for hosting the show once Stewart steps down.

Jones isn't just Mr. Samantha Bee; like his wife, he is a triple threat who can count correspondent, actor, and comedian under his belt. He's been in everything from Queer As Folk to Pitch Perfect and seems to me like the most likely person who might exit The Daily Show next. While I don't doubt that he loves being a correspondent on the show, he might have a bright career in acting ahead of him.

Mandvi is actually my second favorite correspondent, so it comes as no surprise that he was hired the same day he auditioned for The Daily Show . Between his charity work and a healthy film and TV career that includes past credits like The Internship and upcoming credits like an episode of Madam Secretary, Mandvi's career shows absolutely no sign of slowing down any time soon.

Madrigal is practically a late show cornerstone, having appeared on everything from The Daily Show to Conan to Jimmy Kimmel Live! and everything in between. His regular gig as a correspondent on The Daily Show is supplemented with a main role as Andy on NBC's About A Boy, which is allegedly about to end. Does that mean that Madrigal is going to have more time for a job, say, as full time host of The Daily Show? Only time will tell...

What can I say about Jessica Williams that hasn't already been said? She's amazing, she is everything, and she is my top choice to take over hosting The Daily Show if Comedy Central has already started looking. Williams might have been the youngest Daily Show correspondent ever when she was hired, but she's also one of the most note-worthy and her sketches are among the best. Hosting The Daily Show would be exactly the kind of push her career needs to establish her as a Hollywood powerhouse — but I digress. At present, Williams seems content to get to air the sociopolitical issues that affect her as a feminist woman of color and I respect that.

Klepper doesn't have a whole lot going on aside from The Daily Show and, to be fair, there isn't anything wrong with that. He's devoted himself fully to the job as a correspondent for such an amazing program, and I doubt that's going to change anytime soon and certainly not over the loss of Stewart. Personally, I think we'll be able to look forward to how Klepper's career grows from here, whether he branches out onto other programs, launches a film or TV career, or even writes a book.

Much like Klepper, the newest correspondent on The Daily Show doesn't have a whole lot going on outside of it... yet. He's appeared on Chelsea Lately and Disaster Date, has a website devoted to clips of his appearances and stand up routines, and, as of October 2014, was developing his own solo show and feature film with Sundance Labs. Like Klepper, I look forward to seeing where Minhaj's career takes him from here, on The Daily Show and beyond.