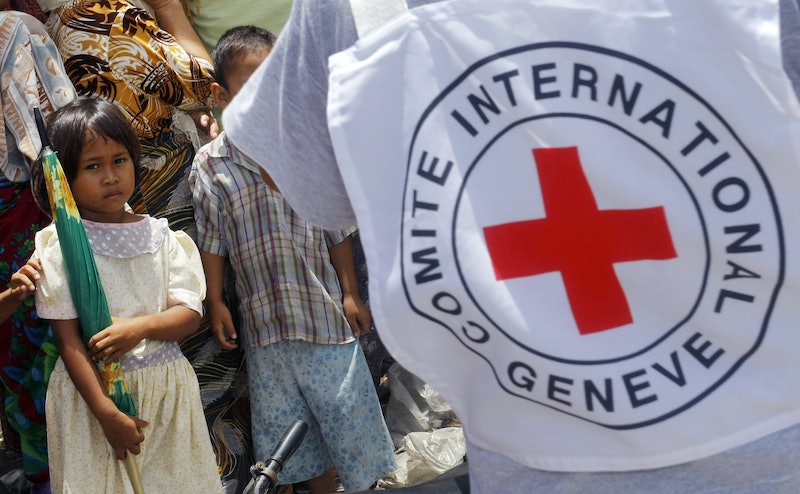 The devastating abduction and death of Kayla Mueller underscores the growing threats facing relief workers operating in dangerous parts of the world. On Tuesday, Mueller's family confirmed that the 26-year-old from Arizona was killed by ISIS militants in Syria 18 months after she was reportedly abducted near the Turkish border. Despite efforts of her family and others to save her, Mueller's death shows a world that has grown increasingly hostile to aid workers.

According to The Guardian, 155 humanitarian workers were killed in 2013, making it the deadliest year for aid workers on record. Another 171 were seriously injured, and 134 more were kidnapped. Not surprisingly, the vast majority of attacks took place in five global hot spots: Afghanistan, South Sudan, Pakistan, Sudan, and Syria, where the rise of ISIS has made it particularly unsafe for humanitarian workers in the field.

In October, Devex, a media platform for the international development community, reported on the growing threat to aid workers in conflict zones. The authors, Derek Kravitz and Colm O'Molloy, said:

Given the current unrest in conflict-affected states like the Central African Republic, South Sudan, and Syria, the risks to foreign aid workers are only expected to rise.

Kravitz and O'Molloy added that risk assessments for those working in unstable regions and active conflict zones typically advise aid organizations to pull out of the area. But for those dedicated workers who continue to operate in high-risk locales, some organizations are heightening security measures and providing staff with risk training. Devex reports that "many aid groups working in Afghanistan and Sudan have secure compounds and on-site security staff."

However, some security experts argue that aid workers are insufficiently prepared for the risks that await in conflict zones. Joel Charny, vice president for humanitarian policy at InterAction, told the Arizona Republic that inadequate security training is an issue in the humanitarian field. He said:

I can guarantee you that organizations are not putting their workers through enough security training. I think it's very spotty.

Devex reports that donors are increasingly adding in provisions for worker safety when handing out grants to aid groups. However, no amount of training can prevent the all-too-common instance of simply being in the wrong place at the wrong time, which, while working in a war zone, can easily happen.

Susan Copenhaver, a former Department of Defense official who runs a security consulting firm in West Virginia that trains aid workers, also acknowledges that there is no foolproof method for protecting those who risk their lives to help those most vulnerable. She told the Arizona Republic that in certain parts of the world, nothing is 100 percent guaranteed to keep you safe.

I spent a short time in Haiti for work several years ago, and while I have since moved on to more secure environs, I count several international development professionals among my friends. Training is crucial, but anytime you step into a potentially dangerous situation, a certain risk is always there. You tend to acknowledge the risk, take whatever precautions you can, and carry on anyway, because you deeply believe in the work you are doing — something Kayla Mueller's friends and family know all too well.