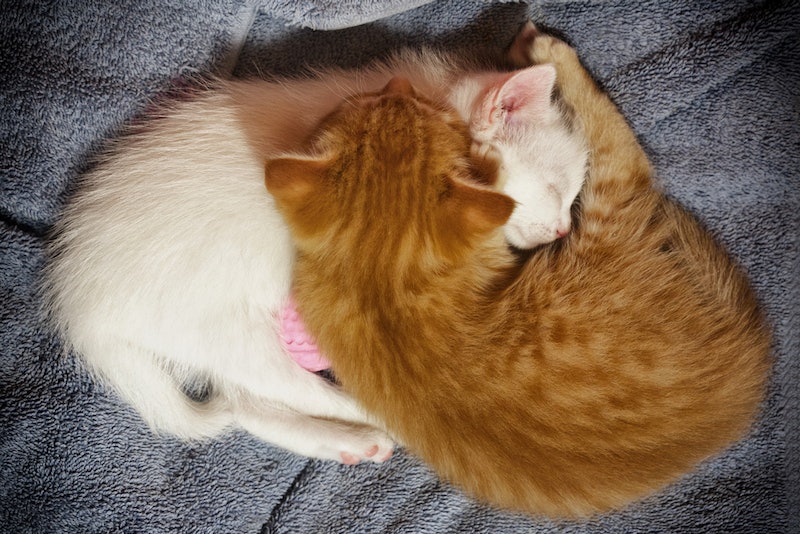 There are a lot of factors that play into how strong a relationship is — but one of the most important is often one we don't have much control over: How we sleep. Happily, though, UK mattress retailer Dreams' Sleep Matters Club blog is on it with their “Ultimate Guide to Sleeping Positions for Couples” infographic. It details nine of the most common couples' sleep positions — what they are, how many people tend to use them, and what they say about your relationship; furthermore, it offers a few tips on how to sleep with your partner without either of you wanting to kill the other.

Of those nine common sleeping positions, which are the most popular? Three of them in particular:

Of course, odds are you don't stick with one position throughout the night; my SO and I cycle through at least three of them every night (for the curious, we usually cover Lover's Knot, Liberty, and Pillow Talk). What's more, there's nothing that says you even have to sleep in the same bed: According to Dreams' data, 94 percent of couples who spend the night in contact with each other are happy in their relationship — but there are definitely benefits to sleeping apart, too. As ABC News noted in 2014, if one person has sleep habits that keep the other awake — they snore, they're restless, and so on and so forth — sleeping in separate bedrooms can help mitigate the problems they cause and strengthen the relationship as a result.

See the full infographic below — and don't forget to check out these invaluable sleeping tips from a long-term couple while you're at it!

Courtesy of: The Sleep Matters Club