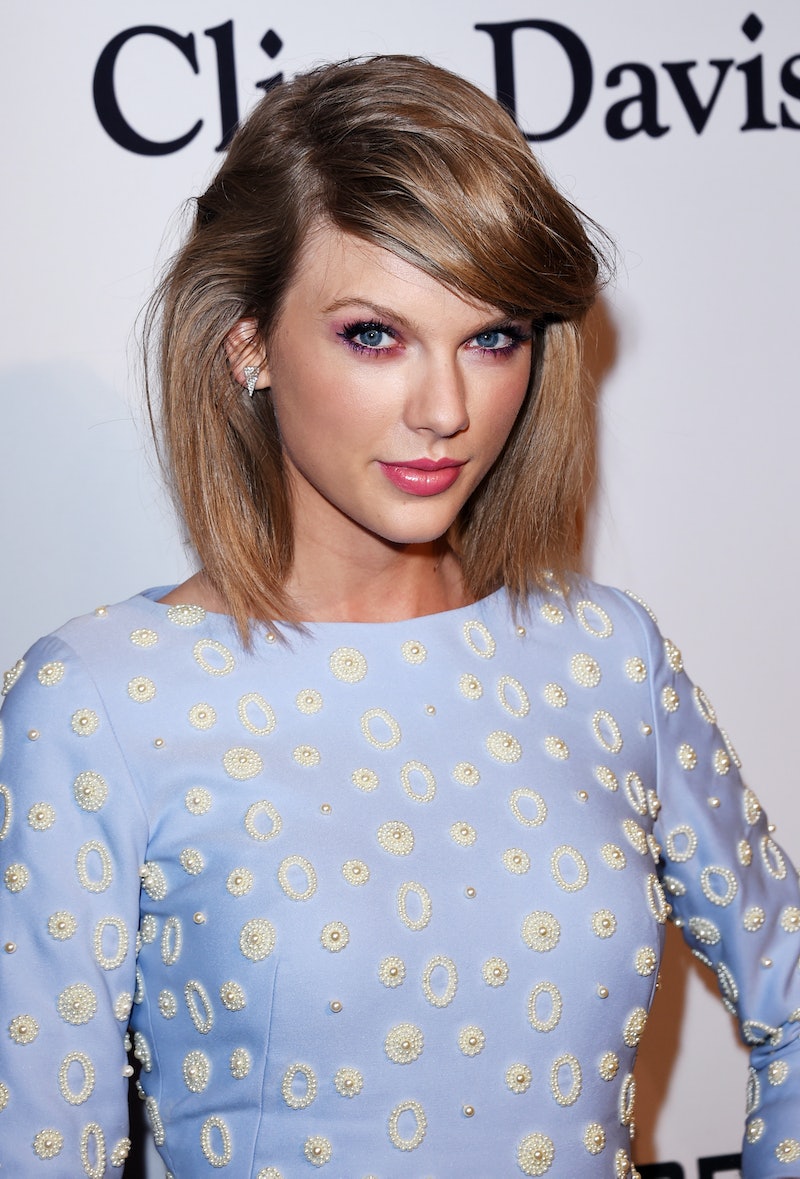 As a longtime fan of Taylor Swift, one of my biggest pet peeves is when people (and the media) focus more on her dating life than they do on her talents, her huge heart, or her adorable cats. However, when you ignore how greatly her dating history has been exaggerated and think about who she's actually dated, it's easy to see that she's made some pretty solid choices where guys are concerned. And although I'd chew my own arm off for a date with Harry Styles, it's obvious that the guys she chose to spend her time with are the lucky ones here — even the ones who treated her badly and inspired incredible, heartbreaking music. That being said, we all have a favorite. One guy we were ultra jealous of Swift for dating, one guy who we wished she'd marry. And as it turns out? Your favorite Swift boyfriend says a lot about you.

If you say you don't have a favorite or that you don't care who Swift has dated, you are lying. You totally have a favorite. Ready to learn some new things about yourself? Read on, and get ready to discover the deepest secrets of your personality that even you weren't aware of.

If Joe Jonas is your favorite Swift boyfriend, you're probably the kind of girl who likes to joke around and be the center of attention. You aren't afraid to make a fool of yourself in the name of having fun... and you don't mind ending relationships (and your music career) abruptly. You may also not be a huge fan of long distance relationships. There's nothing wrong with that, really, it's good to have limits on the type of people you're open to dating. Also, your eyebrow game is probably on point.

You're the sweet and innocent nice girl who will do anything to make your friends/significant other smile — AKA one of the best kinds of people out there. Being too nice might lead to your own destruction, but don't worry. Those who break your heart will always regret it. There's also a small chance you might actually have a thing for werewolves... or that you are one yourself. I promise I won't tell.

You're totally into bad guys: The kind with motorcycles, leather jackets, and no regard for anyone's feelings but their own. Between their good looks and charming personalities, it's so easy to fall for them, even if you know better. You're sassy and unafraid to speak your mind, no matter who you might hurt in the process. Your friends rely on you to deliver that dose of reality when they need it most, even if they don't want to hear it. And you have killer taste in music.

You're the hipster in your group of friends — a big fan of flannel shirts, liking mainstream stuff ironically and you refuse to go to Starbucks when the local coffee shop down the street will draw flowers on your latte. The idea of a life in the city thrills you, especially because of the volume of indie record stores where you can buy music no one else has ever heard of. Your idea of a romantic date? Dancing in the kitchen in the refrigerator light. You also tend to keep things that belong to your exes, just to remember them by.

You like 'em young, hot, and probably royal, since the Kennedys are about as close to royalty as America will ever get. You appreciate the finer things in life, like a fancy wine or a good, old fashioned tea service, and you always buy two-ply toilet paper instead of cheaping out on the crappy stuff. Jackie Kennedy and Audrey Hepburn are probably your style icons, and you identify as super preppy. Your ideal vacay location is obviously Martha's Vineyard or somewhere in the south of France.

You, my friend, have impeccable taste — and not just because Styles is my favorite boyfriend, too. You find British accents irresistible, and you wish Ed Sheeran was your best friend. (Although, don't we all?) You're also a big fan of tattoos, especially on the person you date, and, even though you try not to take life too seriously, you do experience emotions intensely. You're also ridiculously good looking and have excellent hair.

You don't need a relationship — all you need is your friends. You're just doing you, and you couldn't be more thrilled about it. Of course, you're optimistic about finding that great love in the future, but, for now, you're fine having adventures with your BFFs and finding out more about yourself on your own terms. Go you!