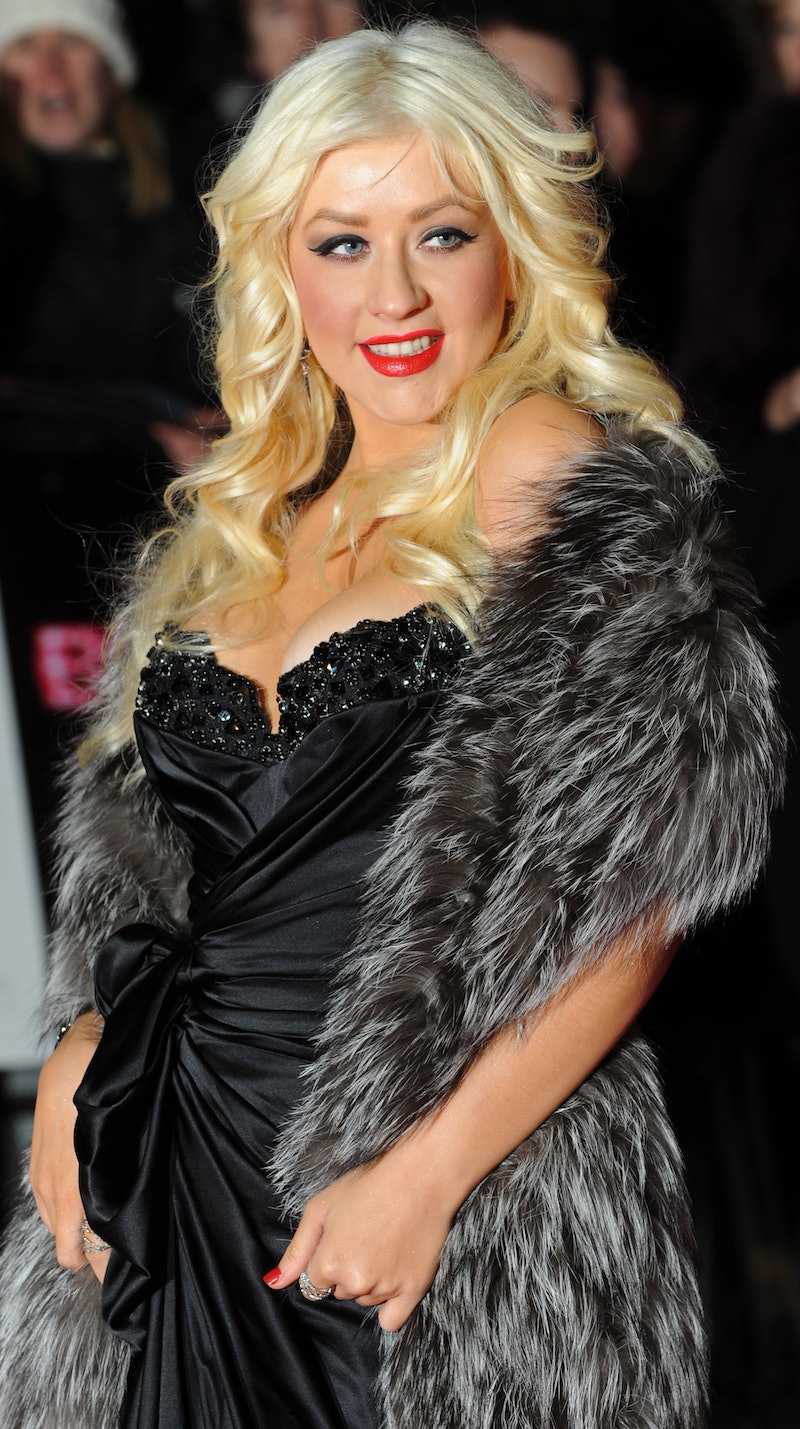 If you've ever wanted to see a baby with ice blue eyes, well you're in luck. People helped Christina Aguilera debut her daughter Summer Rain by having the two grace the Feb. 23, 2015 cover. As you can see on the cover, not only does Aguilera look absolutely smitten with her baby girl, but you'll also notice how blue Summer's eyes are. Seriously, are they even real?! If you take a look at the lefthand side, you'll also see two smaller photos of Summer laughing with her mom, and her older brother, Max, holding her. Plus, another photo of just Summer shows how happy a baby she truly is. What a cute family.

In August 2014, Aguilera and fiancé Matt Rutler welcomed Summer Rain, and the two seem super in love with their daughter. As Aguilera told People, "I was speechless. She was literally like an angel... We had an immediate calm bond, and I felt unexplainably connected to her and her spirit." Aguilera also opened up how much Summer "melts" their hearts, and talked about how much her new baby laughs and smiles.

Based on the pictures, you can tell how happy Summer is, not to mention how super adorable she is. Aguilera seems to be having the time of her life and will always put her children first, especially since "they are the center of [her] universe." She said,

It’s hard to know you won’t have all the right answers at the right times. And "mom guilt" is the worst thing ever. But you have to surrender and let go, knowing you’re doing your very best and no one loves them, or wants what’s best for them more than you.

Congrats again to Aguilera and Rutler on their latest addition!