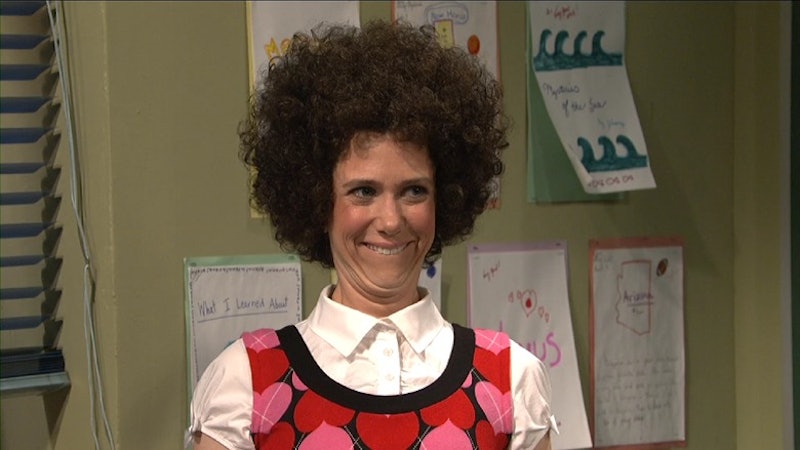 The time has come for Saturday Night Live to celebrate it's 40th Season this Sunday — yeah, the day of the week is kind of weird, but whatever — and for SNL fans, this is the end all be all for the show. If you've watched the show for a while, the thought of all your favorite cast members returning to the SNL stage might be overwhelming but that's a good thing! From the looks of the very ominous preview of the special, some of the show's breakout stars and most famous stars are participating in the special, although we don't really know to what extent they'll be involved in yet. But that doesn't mean we can't imagine, right?

In an ideal world, the list of names that SNL's promo put out would be the list of people who are going to put on a completely new/nostalgic episode of SNL. There's the possibility that stars like Eddie Murphy, Emma Stone, Melissa McCarthy, and Betty White could just be presenting old video packages for viewers to reminisce on, but maybe, just maybe this special will have new content where old meets new in collaborations of the show's best stars.

Collaborations of our favorite stars during the special would be incredible especially since there are so many people you know would work amazing together, but they just never crossed paths while on the show. Here are nine collaborations we are hoping for during the SNL 40th anniversary special.

Let's give these two Ghostbusters women some time together, shall we? Although it's difficult to compare anyone's style of comedy, Kristen Wiig left a gap in the SNL cast that only Kate McKinnon has been able to attempt to fill.

No one does a better Walken impression than Amy Poehler, so hopefully we can be lucky enough to get these two in a skit together, so we can relive this amazing moment.

Lonely Island meets The Beatles, anyone?

The only person that could give Kanye a run for his money is the amazing Betty White. She wouldn't go easy on West, and that's what the boy needs, am I right?

These two didn't get nearly enough time together during their overlapping year on the show. They're two of the funniest women to ever be on the show, and there's no doubt that I'd laugh at them reading a take-out menu.

Someone's got to toughen up sweet, little Taylor Swift and Leslie Jones is just the person with her Weekend Update character.