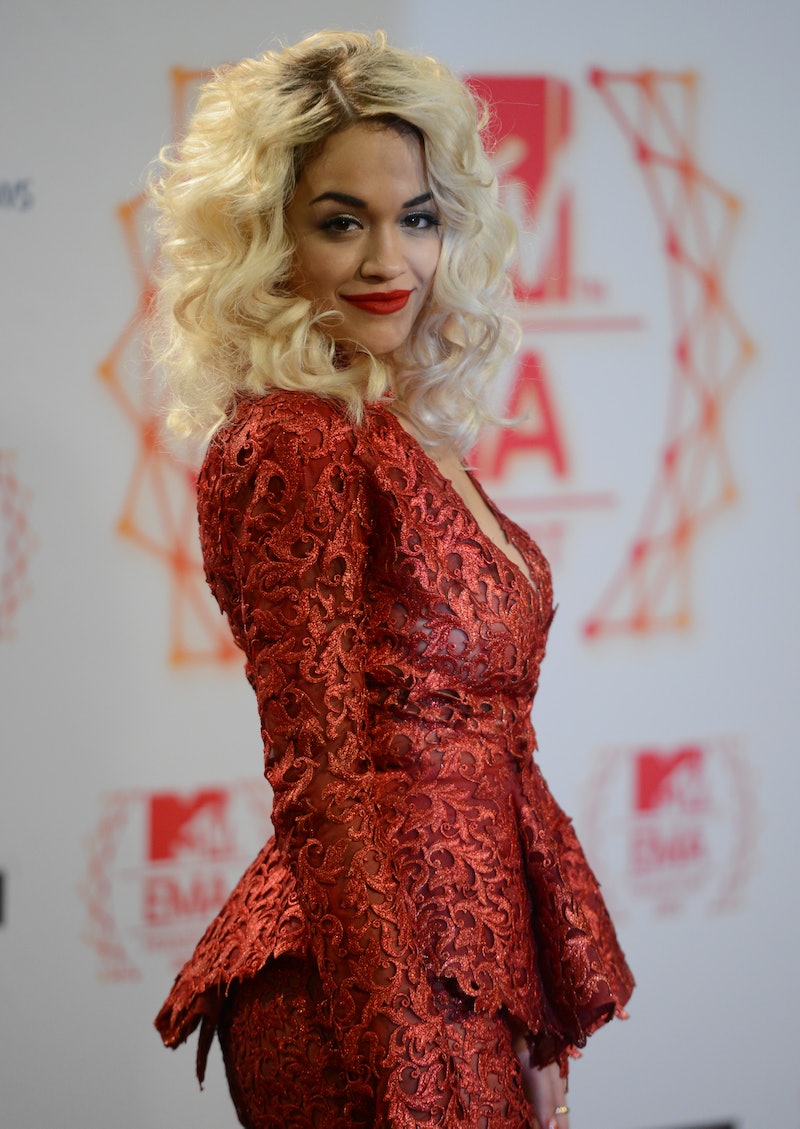 Who's ready to celebrate Valentine's Day with one of the most anticipated movies of the year? If you're going to see Fifty Shades of Grey , not only will you see Dakota Johnson and Jamie Dornan star in the film, but you'll also see Rita Ora. That's right, the singer has a role in the movie, but her part isn't as big as some might have originally expected. She has received a lot of flack for "misleading" people as to the extent of her role, but Rita Ora feels great about her Fifty Shades of Grey role and she's making that perfectly clear.

For those unaware, Ora plays Mia Grey, Christian Grey's adopted sister. Ora's been heavily promoting her role, which made some think she had a major part. However, she only appears onscreen for about 90 seconds, which some have seen as false advertising. But Ora's never promoted her part as a huge role. In a November 2014 interview with The Hollywood Reporter, she described her part as a "cameo," and discussed how she was thrilled to be a part of the film.

On Wednesday, Ora posted about her small role on Twitter. It's unclear if she was tweeting in response to people calling out exactly how little screen time she has, or if she just happened to be promoting the film's premiere, but either way, her words are very honest.

See? She admits that it's a super small role. She doesn't even care that she's barely in the movie! I doubt she's letting tweets like these get her down, and why should she?

It makes sense that Ora's still feeling super excited to be a part of the film that we've been talking about for years. Wouldn't you be, too?