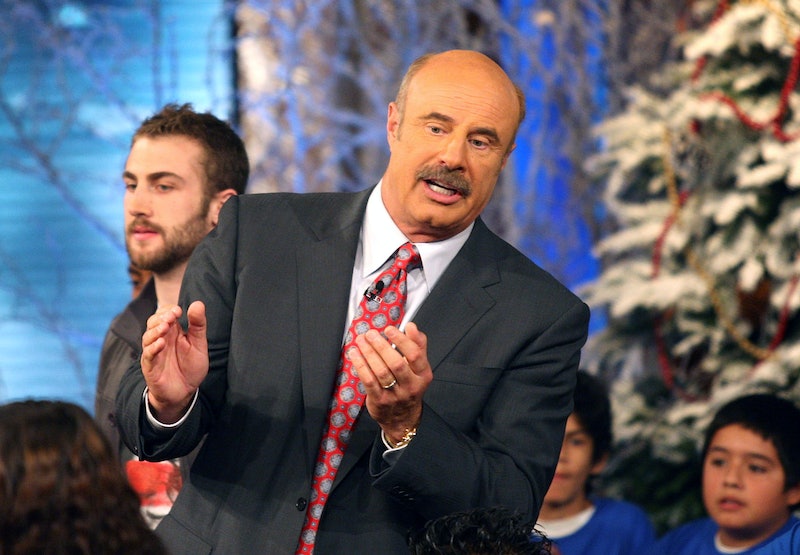 Most daytime talk shows are built off of making "everyday" people confront the intense drama going on in their lives. Calling someone your "babydaddy" but not entirely sure how to tell him your kid's actual biological father is his brother? Taken 'em both on Dr. Phil — or, if you've got a time machine handy, Jerry Springer. But what happens when you take all the drama of Dr. Phil and take out all the dialogue? Turns out it's kind of an intriguing reality.

It's highly doubtful Dr. Phil's producers will ever employ a tactic that involves not allowing their guests to speak, but that probably has more to do with the spectacular things that come out of those guest's mouths than it does the possibilities of a dialogue-less Dr. Phil. And I wouldn't recommend taking away the speaking full-time, but the Internet has provided a glimpse into what it might look like if Dr. Phil were comprised of only reaction shots, and I'm hooked. It's about time for a nonsensical shake-up like this to hit daytime TV. It's a whole new kind of tense.

You can witness the awkwardness for yourself in the video below. Dr. Phil in particular looks especially enthralled.