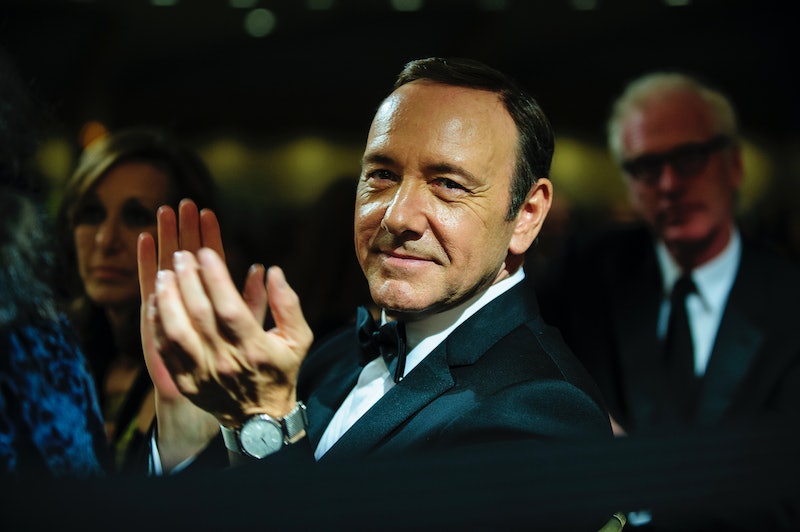 Someone at Netflix is toying with us! Two weeks ahead of its official February 27 release date, House of Cards Season 3 went live on Netflix's website — in full. Yep, you read that right: Technically, if you caught it early enough, you might have been able to sneak a peek at the latest episodes of the Kevin Spacey series and find out what new heinous acts Frank Underwood is set to commit in the third season (and if you were lucky enough to hit play on the streaming links while they were live, NEVER X OUT OF THAT PAGE).

So yeah, unfortunately, the good ol' folks at Netflix decided that we couldn't have more House of Cards this early on in February, even though it's seriously about time for some new Netflix binge-watching — what else is there to do in February anyway, right? For a few short moments, we had the world...and now, nothing. EVERYTHING HAS BEEN RIPPED AWAY. (Is that too dramatic? I just have a lot of feelings about this.)

Though, while it's a major bummer, it does remind us that we will have plenty of new "chapters" of House of Cards to look forward so very soon — and, unlike Frank's political rivals, they're bound to have a very long life on Netflix. Patience is a virtue, darlings.

If you were wondering just what Underwood would say about this information breach, well, you don't have to — Twitter took care of that for you: