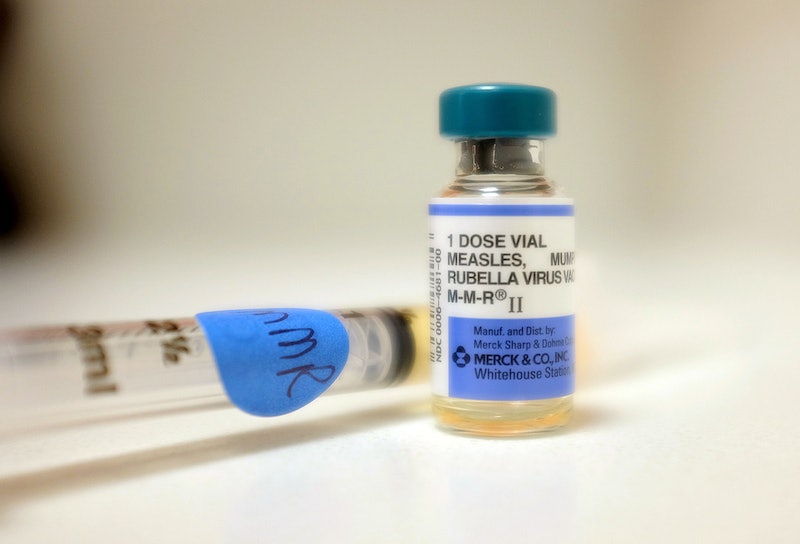 As the national debate continues to rage against the anti-vaccination movement, seeping into the political sphere as 2016 presidential hopefuls give their two cents and enraging not just the medical community but seemingly the entire populous, an entirely different tool has appeared as a possible option to combat the vaccine movement that is steeped in shoddy logic and erroneous information — shame and ridicule, because apparently providing people with hard facts just isn't working out.

Gizmodo's Matt Novak points to Stetson Kennedy famously infiltrating the KKK and using that knowledge to mock them with the help of "The Adventures of Superman," a wildly popular radio show whose producers crafted an ambitious storyline against the hate group, mocking their very ethos. The serialized campaign against the KKK was incredibly effective. Similarly, it was public outrage as well as politicians mocking Rand Paul that got the Kentucky senator and ophthalmologist to rescind his statements against vaccines. Massachusetts senator Elizabeth Warren is the most recent of Paul's colleagues to take a jab at his initial stance. Speaking at the Senate Health, Education, Labor and Pensions Committee, Warren stated that "vaccines work so well that the memory of these diseases has faded."

For every politician and layperson pointing out that the only study linking vaccinations to autism was fraudulent, retracted, and may have contributed to the stripping of its author's medical license, there is an entire movement whose cries grow ever stronger in the face of fact. A study released in the medical journal Pediatrics, written specifically about the subject of spreading awareness of childhood vaccination, found that providing accurate information regarding vaccines may have the opposite effect of its intended message.

The study took place over two months in the summer of 2011. Nearly 1,800 parents with school-aged children received one of four different interventions regarding vaccination, ranging from images of children stricken with diseases that vaccines help prevent to hard facts discrediting vaccines being linked to autism. The study's conclusion is sobering:

Current public health communications about vaccines may not be effective. For some parents, they may actually increase misperceptions or reduce vaccination intention. Attempts to increase concerns about communicable diseases or correct false claims about vaccines may be especially likely to be counterproductive. More study of pro-vaccine messaging is needed.

The anti-vaccination movement started in the late 90s, after former doctor Andrew Wakefield authored a study in the medical journal The Lancet that linked the behavioral issues of eight children out of 12 studied to the MMR vaccine. It took 12 years for the study to be retracted — more than enough time to incubate an entire movement that was spearheaded by actress Jenny McCarthy in 2007. Even in the face of the study being discredited, McCarthy has repeatedly taken to Generation Rescue's website to defend Wakefield and his coauthors.

This behavior only seems to reaffirm the Pediatrics study that accurate information might have the opposite effect. Perhaps it really is time to fight fiction with satire. If only there was an Adventures of Superman podcast...