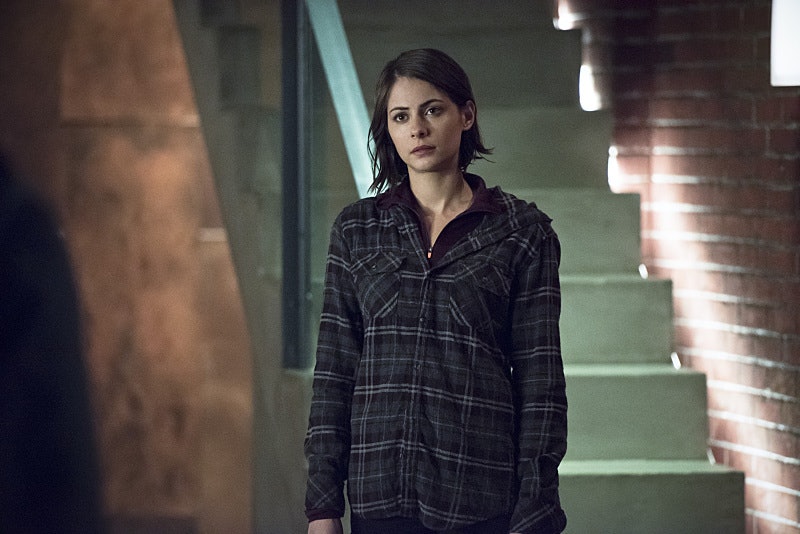 One by one Oliver's secret identity has been revealed to those closest to him — well, all except one, that is. But now, after all this time, it was finally time to bring his little sis into the circle of trust. That's right, folks — Thea knows Oliver is the Arrow and let me be the first among millions to say it's about damn time. I mean, how did she not know before this or even suspect something was off is what I'd like to know. Every time the Arrow goes missing, so does Oliver. I'm no Sherlock or anything, but even I'd be able to string those telling details together.

But hey, what's done is done, I suppose. The important thing now is that she's finally on the inside track and she took it extremely well. Merlyn knew Thea would need to be "in the know" ASAP if they had any hope of protecting her from Ra's al Ghul's wrath. (Three heads are better than one and all that.) The only thing that held Oliver back was his fear that she would never forgive him for lying to her again.

But it turns out he needn't have worried. She was totally cool with finding out that her big bro was a vigilante. In fact, she was extremely proud of him. Thea knows how many lives the Arrow has saved throughout the years, which overshadowed any sort of resentment she may have been harboring. And you know what? Good for her. I don't have a brother, but if I did and he eventually told me he was a hooded hero I'd be super pumped.

The only downside I can see come out of all this is the fact that now she's definitely going to find out she was the one who killed Sara. It's going to be hard to keep something like that under wraps for very long, especially if she's now allowed into the lair. And I have a feeling she wouldn't take that revelation nearly as well.