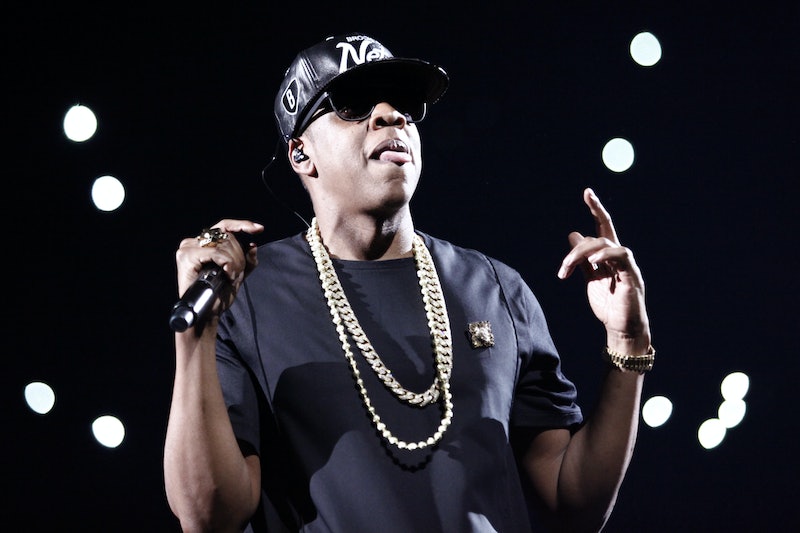 Jay Z might be too busy reacting to Kanye West's storming of the stage when Beck beat Beyonce for Album of the Year at the Grammys to actually make an appearance on the show, but his spirit was definitely still apparent on Empire this week. One of Jay Z's hits "I Just Wanna Love U (Give It 2 Me)" played in Lucious Lyon's club Leviticus during Wednesday night's Empire episode, "Out, Damned Spot." The song was the perfect choice to play during the scene as it included Cookie and Lucious talking about their relationship, and the rose Lucious gave Cookie the same day he proposed to his girlfriend, but that's a different story.

So far pretty, much all of the non-original songs that we've heard on Empire were produced by Timbaland, which makes perfect sense as he's the series' executive music producer. But Jay Z's song was produced by The Neptunes, so the choice is definitely an interesting one for Empire.

I'm glad to see that the show is not going to limit the songs it uses to strictly Timbaland hits. This opens up opportunities for more artists who want their music on the series, which is likely a large group since Empire is blowing up in the ratings. And it also gives the series a possibility to get more famous artists to guest star, which is also turning into a long list considering we've just seen Courtney Love and Raven Symone's guest spots, and according to trailers, Jennifer Hudson will be stopping by soon as well. I'm personally hoping Drake appearance after his single "0 to 100/The Catch Up" played at Leviticus a few episodes back, but if there's even a remote possibility of Jay Z on Empire as well, there's no way I'll ever miss an episode.