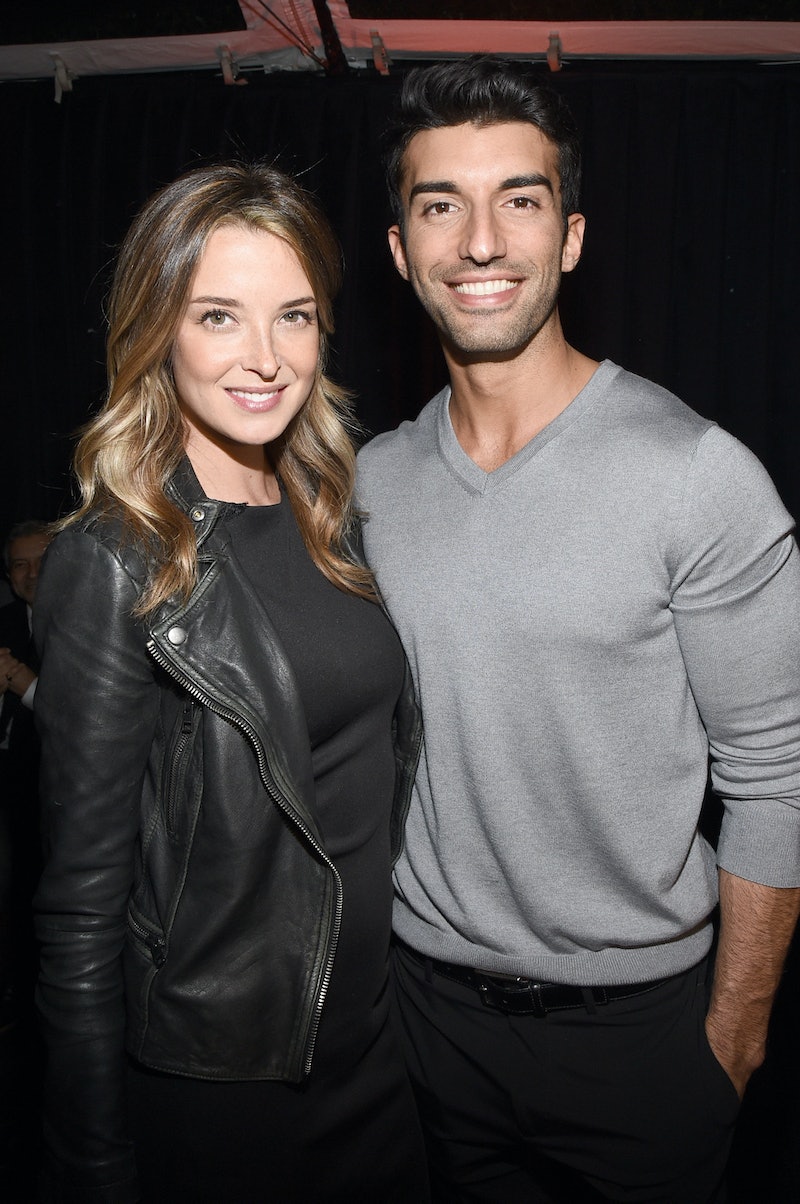 Are you ready for your daily dose of cute? Jane the Virgin star Justin Baldoni and his wife Emily are expecting their first child, and I don't know if anyone could top the way they decided to announce it to their friends and family. Baldoni's elaborate pregnancy announcement began with the Jane the Virgin team gathered in a conference room to watch a video Baldoni created from highlights of the show's first year. You know, things like ratings updates and Golden Globes nominations — those kind of milestones. And then, during the scene where Jane finds out she's pregnant, Baldoni shows his wife's sonogram video instead. Cue the freakout from everyone in the room.

There are a lot of reasons why this video is crazy adorable, and not just because Baldoni and his wife make the cutest couple ever. Obviously, expecting a baby is a really exciting time, but the Baldonis and their growing family have officially made announcing a pregnancy an event. I don't hate it, I just have no idea how anyone is ever expected to top something this awesome. It shouldn't be surprising, really, since Baldoni's pretty famous for pulling off this kind of thing. When he proposed to Emily in 2013, his tearjerker proposal went viral, long before Jane the Virgin was a thing.

In case you don't have nine minutes to watch the video, here are the highlights. If you do have the time, you should definitely watch. It's long, but it's so worth it.

The Jane The Virgin Tie In

Everything about Baldoni's highlight video is perfect, including the narration, just like in a regular episode of Jane. It's ridiculously cute that he decided to incorporate video of Emily getting a sonogram in that way, and the cast and crew obviously seemed to appreciate it, too.

Of everyone in that conference room, Rodriguez's reaction was the most adorable. She was so surprised, and her expressions were priceless. In fact, I'm pretty sure she was crying.

Seeing The Reactions From Their Friends & Family

Baldoni recorded himself and Emily telling all of their far away friends and family the good news via Skype or FaceTime, and it's pretty obvious that they have the best friends in the world, judging by the way they reacted. Most people had a complete freakout, and more than one of their friends shed a tear. The happiness and love between these people was palpable, and it was really heartwarming to see. Also, how cool is it for their baby to grow up and watch this? This child is about to be so loved. A true highlight: When Baldoni told his mother (pictured above).

Ashley Tisdale Being There

And she was so jacked about the pregnancy she let out a ridiculously high pitched shriek.

The Gender Non-Reveal At The End

At the end of the video, Baldoni and his wife open an envelope that contains their baby's gender. Although they don't reveal whether their little one is going to be a boy or a girl, their excited expressions say that regardless of gender, they're going to be excellent parents.