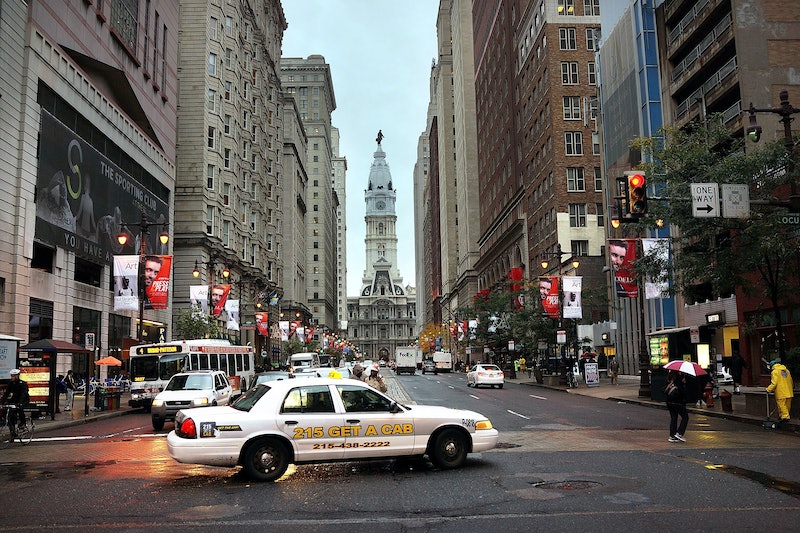 Democrats have finally announced a long-awaited decision — long, at least, compared to the GOP — of the location of one of the political party's biggest events. On Thursday, the committee chair Rep. Debbie Wasserman Schultz declared Philadelphia the host of the 2016 Democratic National Convention, where Democrats will announce their party's presidential nominee for the 2016 election.

I am thrilled to announce that Philadelphia will host the convention where we will nominate the 45th President of the United States. In addition to their commitment to a seamless and safe convention, Philadelphia’s deep rooted place in American history provides a perfect setting for this special gathering. I cannot wait to join Democrats across the country to celebrate our shared values, lay out a Democratic vision for the future, and support our nominee.

The city came ahead of Columbus, Ohio, and Brooklyn, NYC, to become the DNC host, an event slated to take place on the week of July 25, 2016. Philadelphia officials had aggressively pursued the selection committee, trumpeting the city's vibrancy, history, landmarks, transportation and accommodations capacity — factors that the Democratic National Committee took into account while deciding. And the city made sure to convince the committee on its ability to fund the event — an expensive endeavor that could amount to more than $60 million.

It seems the event's $60 million price tag will more than pay for itself. According to CNN, Wasserman Schultz said last year that past presidential conventions directly infused some "$150 million to $200 million" into host cities' economies.

The city is no stranger to presidential conventions — its latest presidential nomination convention was when Republicans nominated George W. Bush in 2000, though the last time Philadelphia hosted the DNC was in 1948, reported HuffPost. A jubilant Mayor Michael Nutter said in a statement following Wasserman Schultz's announcement:

We're all delighted to make history again, here in the City of Brotherly Love and Sisterly Affection. We believe that it was our proven track record of hosting big events safely and efficiently with a dynamic team of top-tier professionals to organize and manage a conference of this magnitude, paired with our City's tremendous amenities, its accessible location and historical significance, which made Philadelphia the ideal choice for the 2016 DNC.

Philadelphia's winning bid has so excited the city that even Pennsylvania Republicans have lauded the win, such as Sen. Pat Toomey who tweeted his delight at the decision on Thursday.

Though its capital is largely left-leaning, Pennsylvania is considered a swing state. The Republican National Convention, which will take place a week before the DNC's, will be held in Cleveland, Ohio — another swing state in presidential elections.

Hosting the DNC is another coup for the city that, a mere 10 months before the convention, will welcome Pope Francis as one of the Argentinian Pontiff's select stops during his U.S. visit.