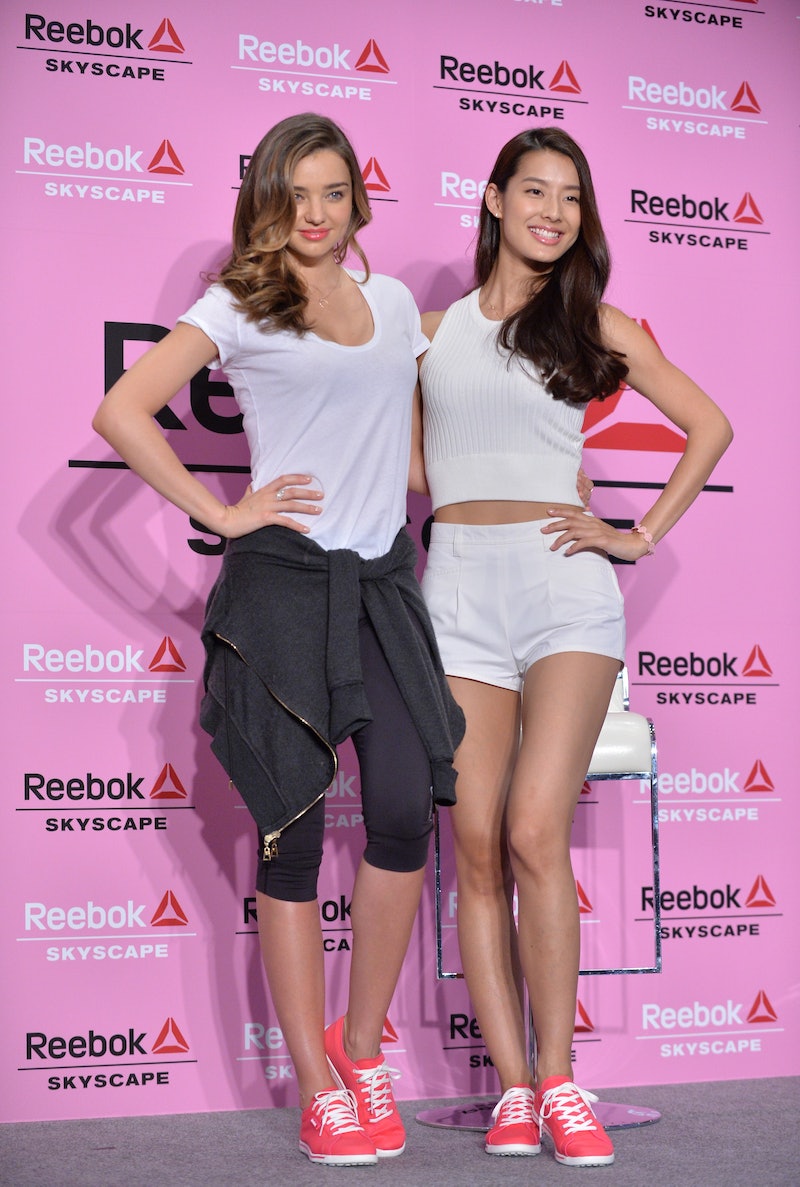 Between the dozens of bookings, pressure to eat as little as possible, and endless stream of men who won't stop hitting on you anytime you venture out into public, life can be pretty hard for a female model. That's what led Bernard Smith to create Modellounge, the girls-only underground restaurant for female models. That's right: men ruin everything so hard that someone had to create a safe space for female models to chill out between bookings. "But that's discrimination!" I can hear meninists crying from their sad, dark corners of the Internet, to which I have only one response: Neener-neener. (Also, by that logic, what about those organizations that won't allow women even though it's 2015?)Smith got the idea for the lounge after dating a model a few years ago, Mashable reports. Models can sometimes have up to 20 bookings a day all over the city, with nowhere to go between appointments that doesn't involve being stared at by men "as if they're in a zoo," Smith told the website. Until now, that is; Modellounge doesn't allow guests of any nature, but that rule especially applies to men. It's basically a reversal of those gentlemen's clubs that were so popular in Victorian England, only a lot less smoke-filled and significantly more glamorous.

<img alt="" src="http://38.media.tumblr.com/tumblr_lsrmg1od691qkdlzoo1_500.gif" class="article-body-image"/>As you can imagine, it's pretty popular among the clientele. According to Mashable, the lounge hosts around 70 models a day, although that number increases to 250 per day during Fashion Week. Sometimes it even gets so crowded that models "resort to sitting on the hardwood floors," but it's easy to see why they're willing to endure a little discomfort. Modellounge offers all sorts of perks to its members, such as "survival totes" with makeup wipes and nail polish remover during Fashion Week, yoga classes, and even cars and drivers to shuttle models from booking to booking. If you're lucky enough to have a membership, you get a card that offers "

VIP discounts from fashion stores... exclusive gym access in hotels and [the ability to] play the in-lounge Xboxes," Mashable reports. All this has got to be pretty pricey, right? Actually, not so much. Modellounge is funded by partnerships with various businesses, which means they can keep their membership fees down to... $0. Yup, it's totally free for the models. If that doesn't make you wish you could grow half a foot and lose a fifteen pounds so you can join this exclusive club, you're a much more chill person than I am. But you know what? All jealousy aside, it's about time someone hosted a safe space for women where they can pamper themselves, and who knows? Maybe the next women's club will be for starving writer-baristas.