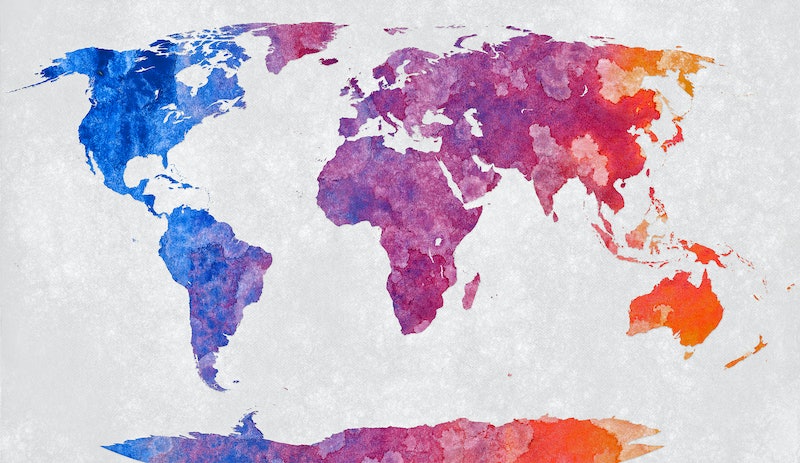 How upsetting was it to learn Santa was a total sham? Sure, maybe even as a wide-eyed child who wanted desperately to believe in magic (and the salary that comes with it), even then, you at least kind of suspected the truth about that fat, old home intruder. But what about something as mainstreamed and accepted as the Mercator world map, the map we've been staring at in classrooms since we were kids? Surely that map must be a legit, honest reflection of the reality in which we all exist. Actually, I'm sorry to break the news, it turns out that classic map we all grew up with is mostly a complete lie.

For starters, we learned a while ago that Earth is a sphere. As such, it seems reasonable to assume the contents of said sphere could not be accurately splayed out on a flat surface like a map. Okay, I can accept that. So we really shouldn't be so shocked when there is a slightly warped size situation happening, but guys, Russia? Russia, of course, looks pretty big on the Mecator map, but did you know it's actually about twice as large as the U.S.? And there's no way Antarctica is as ginormous as the map portrays the tundra nation. Honestly, I never much thought about how gargantuan that entire frosty continent was represented. It's pretty intimidating, actually. The distortion of the entire Mercator map and the earth contents is jarring even though, just like Santa, after a little cursory meditation, the reality makes total sense.