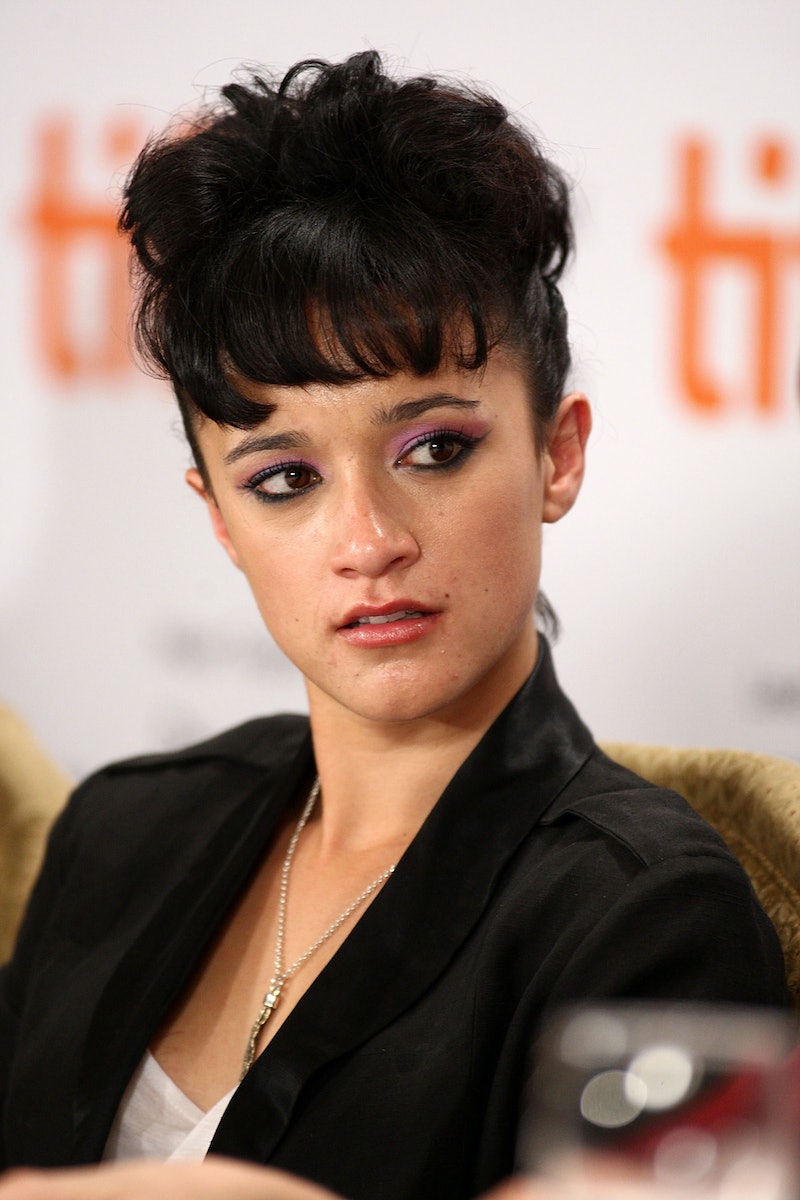 It's almost time for the new season of Game of Thrones! Just kidding, Season 5 doesn't premiere until April, but HBO has at least been throwing us some paltry bones with details of the new season slowly trickling in and getting us giddy. One of the best, albeit most confusing, parts of Game of Thrones is the vast spread of characters in Westeros. And though George R.R. Martin continues to be indifferent to our attachment to the likes of Ned Stark, Renly Baratheon, and everyone at the Red Wedding, the good news is there are always new characters to fall in love with (and, later, who will destroy your heart when they die). One of the most exciting additions to GoT Season 5 is Keisha Castle-Hughes as Obara Sand, one of the bastard daughters of Oberyn Martell. And if her name sounds familiar, it's because she's a had a successful career at only the age of 24.

Castle-Hughes, an Australian actress, made history in 2004 when she was nominated for Best Actress for her leading role in Whale Rider. She became the youngest actress in history to be nominated in the category, at the age of 13. Whale Rider was her first film, and even though she didn't win, she wore an amazing white dress and capelet to the ceremony. She was years ahead of her time!

You might also remember her as Queen Apailana of the planet Naboo in Star Wars Episode III: Revenge of the Sith in 2005 (reminder: she was only 13 at the time of filming). She played the Queen of Naboo as a human female that was one of the youngest monarchs of the planet. She wore some MAGNIFICENT headdresses in that movie. In the new season of Game of Thrones, Castle-Hughes plays the of Obara Sand, part of the Martell clan — the family of the Oberyn Martell who was brutally destroyed by the Mountain at the end of Season 4. Obara is the oldest of the Sand Snakes, the bastard daughters of Oberyn that are fierce and merciless. The 24-year-old actress said of Obara in an interview with her native New Zealand's Sunday Star Times:

Obara Sand likes to think of herself as a warrior monk. Some of her favorite pastimes are murdering people with her spear and meditating and picking on her younger sister- oh, and riding her horses.

Sounds like a perfect addition to the gang of powerful women in Westeros, cold Cersei Lannister, brave Brienne of Tarth, and fiery Arya Stark among them. Castle-Hughes sought a part in the Game of Thrones cast because of her love for the books, and actually found out she had snagged the role of Obara on the night "The Mountain and the Viper" aired on HBO — the very episode in which her Game of Thrones father Oberyn is murdered by the Mountain. She said she had a "very intense emotional reaction to the scene."

In Whale Rider, a young Castle-Hughes also played an exceptionally strong young woman, as a young Maori woman named Paikea Apirana who wants to become the leader of her tribe, but her grandfather insists the inheritance is for male descendants only. Though she lost the Academy Award to Charlize Theron for Monster, Castle-Hughes was still at the time the youngest nominee in Academy history to be nominated in the Best Actress category, and the second Polysenian actress ever to be nominated. That same year she starred in the controversial Prince music video for "Cinnamon Girl," playing a young Arab-American girl who dreams about carrying out a terrorist attack after being victimized after 9/11.

In the years following she also starred as Mary in The Nativity Story and had minor roles in the comedy Hey Hey It's Esther Blueburger and in Red Dog. In 2014, she made a guest appearance on The Walking Dead as Joan, a woman whose arm has to be amputated after a bite.

Castle-Hughes is excited about her role, as anyone would be to join Game of Thrones (even though it must be nerve-wracking always wondering if/when you're gonna be killed off). She's especially happy to be playing a Dornan:

It'll definitely be a welcome relief from the frozen tundra of the lands beyond the wall. Game of Thrones' season five premieres on April 12 on HBO.