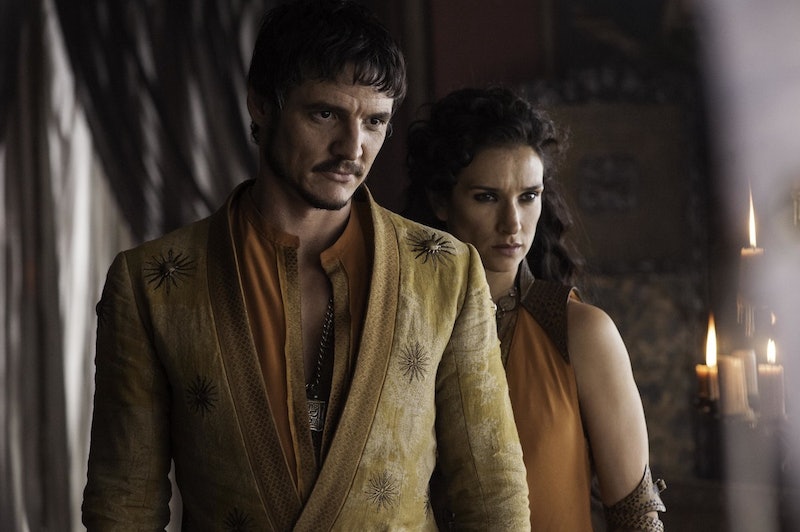 Maybe it's for the best that there's only two episodes of Game of Thrones left, no? After last night's horrific, literally eye-popping death of fan favorite character Prince Oberyn Nymeros Martell of Dorne (played by the delightful Pedro Pascal) at the hands of The Mountain, we're starting to think a few months away from the series will give us time to relax, recover, and write some strongly worded letters to George R.R. Martin. Because judging by the responses to "The Mountain and the Viper" on Twitter, and this latest Game of Thrones reaction compilation video, this show is making funs totally lose their minds. And just like after the Red Wedding, this one has plenty of screaming, crying, and untrue declarations that they are done with the show forever. (Come on, who are you kidding?)

The clip, which is just under two-and-a-half minutes long, shows various Game of Thrones viewers watching (sometimes through their fingers) at various stages of disgust, shock, horror, grief, and defeat at the head squish heard 'round the world. Or, in the case of one guy who wondered if the battle was a draw: utter denial. Still, there's something oddly therapeutic about watching other people watch such a traumatic scene. Maybe it's just the shared sense that we're all in this thing together. Or maybe it's just that you don't have to watch the scene again yourself. Feel their pain, and Prince Oberyn's, here: