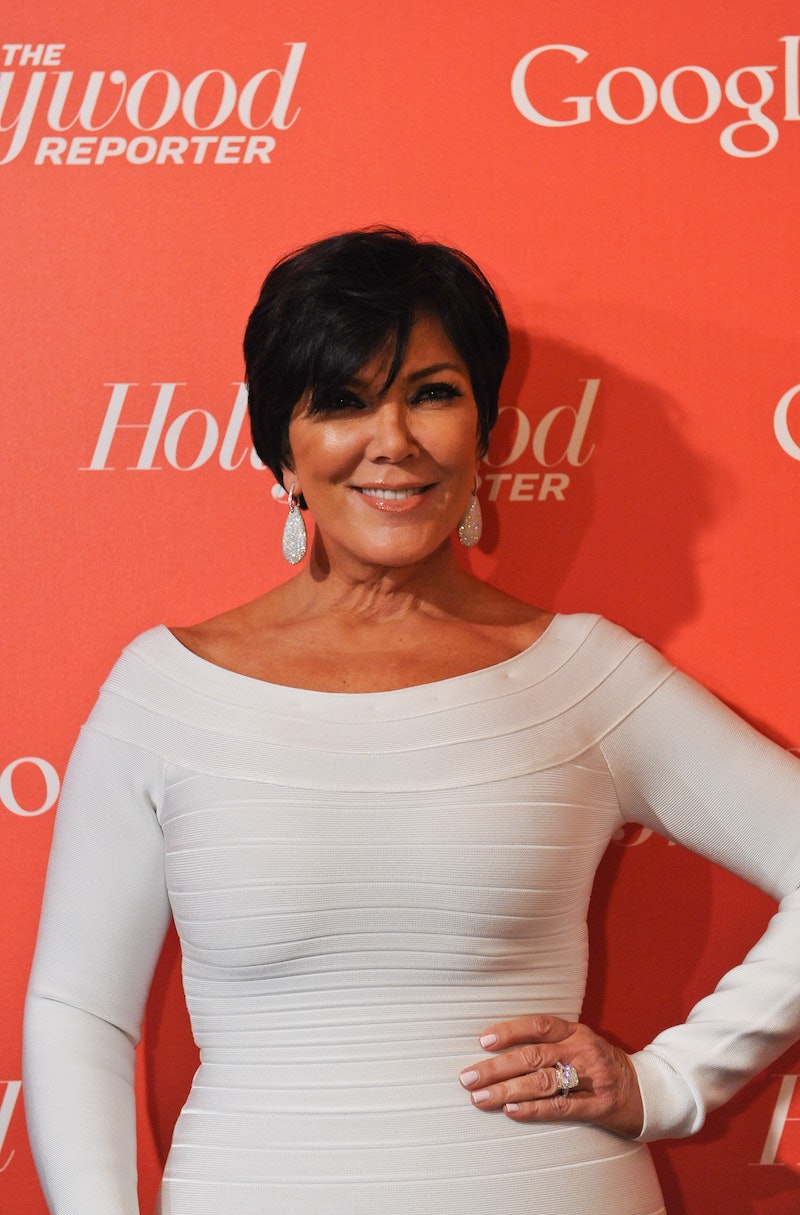 If you're a reality TV and Kardashian fan, then you've probably seen the numerous headlines about Bruce Jenner that have come out recently. From reports that Bruce will soon come out as transgender to his supposed E! docu-series to the car accident he was involved in, the Keeping Up With the Kardashians star has been in the news a lot recently. With that said, some have been wondering what his family thinks of the as of now, unconfirmed stories about Bruce being transgender. Well, Kris Jenner has responded to the speculation, and it seems that she's refusing to feed into it all.

In an interview with Love magazine, Kris gave a short and definitive answer to the following question: "Where did the rumors that he is transitioning come from?" Kris answered, "I'm not even answering that. It's just dumb."

To be clear, I don't think Kris is saying that the idea of Bruce transitioning is "dumb," but more that the question itself is ridiculous. If that is indeed the case, then no wonder she responded the way that she did. Maybe, like her daughter Kim Kardashian, she believes Bruce's story belongs to him. As Kim previously said, "I’ll say that I think that Bruce should tell his story his way. I think that when the time is right, he’ll talk about whatever he wants to talk about."

With that said, Kris assured Love that she and Bruce are still great friends, even after their divorce and amongst the rumors. "Bruce is great. Bruce is good," she said. "We're good friends. In life, you realize on some level you're happier living apart than you are together and that's what happened with us. We just grew apart. We weren't getting along like two people in love should be getting along. And it's been kind of amazing, you know?"

More like this
Beyoncé & Madonna’s “Break My Soul” Remix Honors A Group Of Black Icons
By Stephanie Topacio Long
Who Is Camila Cabello Dating? She's Getting Cozy With Lox Club CEO Austin Kevitch
By Radhika Menon
Kim Kardashian & Pete Davidson’s Relationship Timeline From Start To Finish
By Jordyn Tilchen and Bustle Editors
Laura Tott From 'First Dates' Married Her Long-Term Mystery Boyfriend
By Darshita Goyal
Get Even More From Bustle — Sign Up For The Newsletter