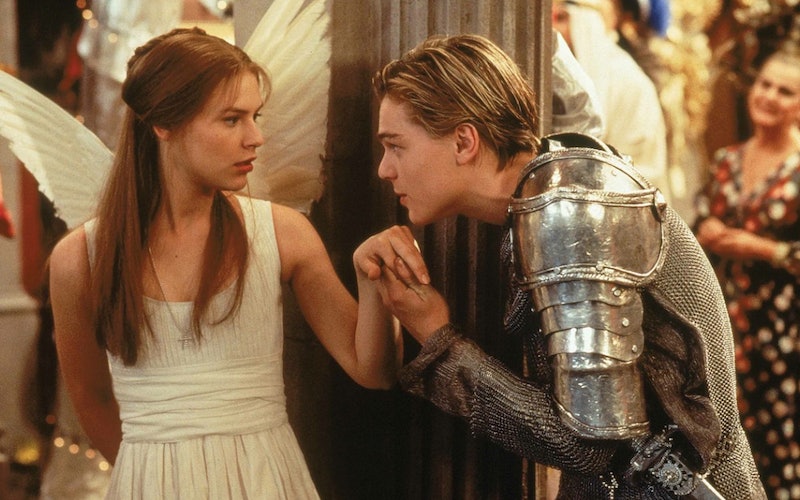 Classic literature, from the plays of Shakespeare to the novels of James Joyce, has much to teach us about…well, pretty much everything. In the pages of the world’s great literature, we can find insight into human relationships, the functioning of the human mind, families and communities, love and marriage, power, war, and violence. But is the Great Books collection a good place to look for sex advice? As I sat down to write this list, I realized that although many of the lessons that literature has to teach us about love still apply perfectly well to our own time—don’t let pride cloud your judgment (Pride and Prejudice), make sure your boyfriend doesn’t have a crazy wife hidden on the third floor before you get engaged (Jane Eyre)—the lessons that classic lit has to teach us about sex are a little more problematic. This is no surprise really, as literature tends to reflect the cultural standards of the time in which it was written—and of course a novel written in 1865 isn’t going to have great advice about being GGG and the advantages and disadvantages of different kinds of contraception (although I would SO read that book). Instead, the sexual moral of many old school novels is simply: Don’t have sex. If you are a womn, then REALLY don’t have sex.

So with that in mind, here a few of the lessons about sex that we can take away from some of the world’s greatest pieces of literature. Upon reflection, I think that maybe the real lesson here is that we shouldn’t look for sex advice in anything written before about 1950. (Although Fifty Shades of Grey was published in 2012, and it’s perspective on sex is all kinds of problematic, so I don’t even know anymore). Enjoy.

Romeo and Juliet by William Shakespeare (1597)

Romeo and Juliet are two impulsive teenagers who meet at a party on a Sunday, get married on Monday, and are both dead by Wednesday, along with a bunch of other people.

Sex Lesson: Thirteen—the age that Juliet is in the play—is TOO YOUNG for making important life decisions about sex and marriage. Have fun, make out with boys, and wait until you’re older to make a commitment. Also, don’t kill yourself over some guy you met THREE DAYS AGO.

The speaker of this poem addresses a woman who has been less than receptive of his sexual overtures. He says,

Had we but world enough, and time,

This coyness, Lady, were no crime.

—that is, if we were going to live forever, you could hem and haw about whether you want to sleep with me to your heart’s content.

But at my back I always hear

Thy beauty shall no more be found;

Nor, in thy marble vault, shall sound

My echoing song; then worms shall try

But, girl, we don’t have eternity; eventually, you’re going to die and your corpse will be shriveled and disgusting and eaten by worms, and then no one will want to have sex with you.

Now let us sport us while we may,

Rather at once our time devour

Than languish in his slow-chapped power.

So let’s have sex now while we’re still hot! It’ll be like giving mortality the finger: f*ck you, mortality! We’re boinking while we still can!

Sex Lesson: We could all die at any moment, so be sure to have as much sex as possible right now.

In Milton’s day, it was commonly believed that sex in any context was inherently sinful—that sex was a product of man’s tainted, earthly nature (a belief that many continue to hold in our own time). In his portrayal of Adam and Eve in his epic Paradise Lost, however, Milton portrays sex as positive, even godly. He writes,

Whatever hypocrites austerely talk Of purity, and place, and innocence, Defaming as impure what God declares Pure, and commands to some, leaves free to all. Our Maker bids increase, who bids abstain But our destroyer, foe to God and man?

In other words, when people declare sex to be impure, they’re actually insulting God-- because God made us, and God made sex, so why would it be impure to have it?

It’s unclear if the poisonous, obsessive relationship between Cathy and Heathcliff is ever consummated in Wuthering Heights; my own feeling is that it isn’t. Regardless, many years after Cathy’s death, Heathcliff has the side of her coffin removed, so that, when he’s buried next to her following his own death, the side of his coffin can also be removed and their rotting corpses can mingle in the ground forever after. Heathcliff describes his dream of “dissolving with her, and being more happy still!” Sexy, right?

Sex Lesson: If you don’t manage to hit it while your lover’s alive, don’t worry: You can still bone in in the afterlife.

Tess of the D’Urbervilles by Thomas Hardy (1891)

Tess Derbyfield and Angel Clare are madly in love. On their wedding night, Angel confesses that he once had an affair with a woman in London; Tess forgives him. She, in turn, confesses that she was once raped. Angel freaks out, believing she is now tainted, and abandons her. Life for Tess gets even more awful, and eventually she dies.

Sex Lesson: If your boyfriend/husband blames you for being sexually assaulted, he is an asshole, and you need to get the hell out of there. (Also, I hate you Angel Clare. I hate you so hard.)

The common association between vampires and sex came straight out of the 1897 novel that started it all. At the beginning of the novel, Jonathan Harker comes across three sexy lady vampires, and writes,

I felt in my heart a wicked, burning desire that they would kiss me with those red lips….I lay quiet, looking out under my eyelashes in an agony of delightful anticipation….The girl went on her knees, and bent over me, simply gloating. There was a deliberate voluptuousness which was both thrilling and repulsive, and as she arched her back she actually licked her lips like an animal.

Saucy! Later, Lucy Westenra is turned into a vamp and becomes similarly sexually assertive. Her reward? A stake in the heart and a mouth full of garlic.

Sex Lessons: The sex lessons in this novel are twofold: First, vampires were sexy long before Edward Cullen got his sparkle on. Two, sexually aggressive women are terrifying monsters who must be vanquished with a stake in the heart and a beheading.

In The Awakening, bored wife Edna Pontellier undergoes a transformation when she begins to seek personal fulfillment—creatively, romantically, and sexually. She has an affair with Alcée Arobin, a man she does not love; the first time he kisses her, it is “the first kiss of her life to which her nature had really responded. It was a flaming torch that kindled desire.” Significantly, Edna experiences “neither shame nor remorse” over her newly-awakened sexuality. Eventually, however, she realizes that there is no place in society for someone like her, and chooses to walk out into the ocean and drown rather than go back to her old life.

Sex Lesson: The lesson here is a common one in 19th-century literature: if you’re a woman and you have sex out of wedlock, you’re probably gonna die.The 19th century was not kind to sexually independent women (nor is our own, really: how often have we seen women who like sex dismissed as “whores” while men are lauded as “players”?); in book after book, women who have illicit sex are severely punished—they commit suicide, they get sick, they freeze to death, and it’s always horrible. See also: Madame Bovary (Gustave Flaubert); Anna Karenina (Leo Tolstoy); Bleak House (Charles Dickens); Tess of the D’Urbervilles and Jude the Obscure (Thomas Hardy;) Ruth (Elizabeth Gaskell).