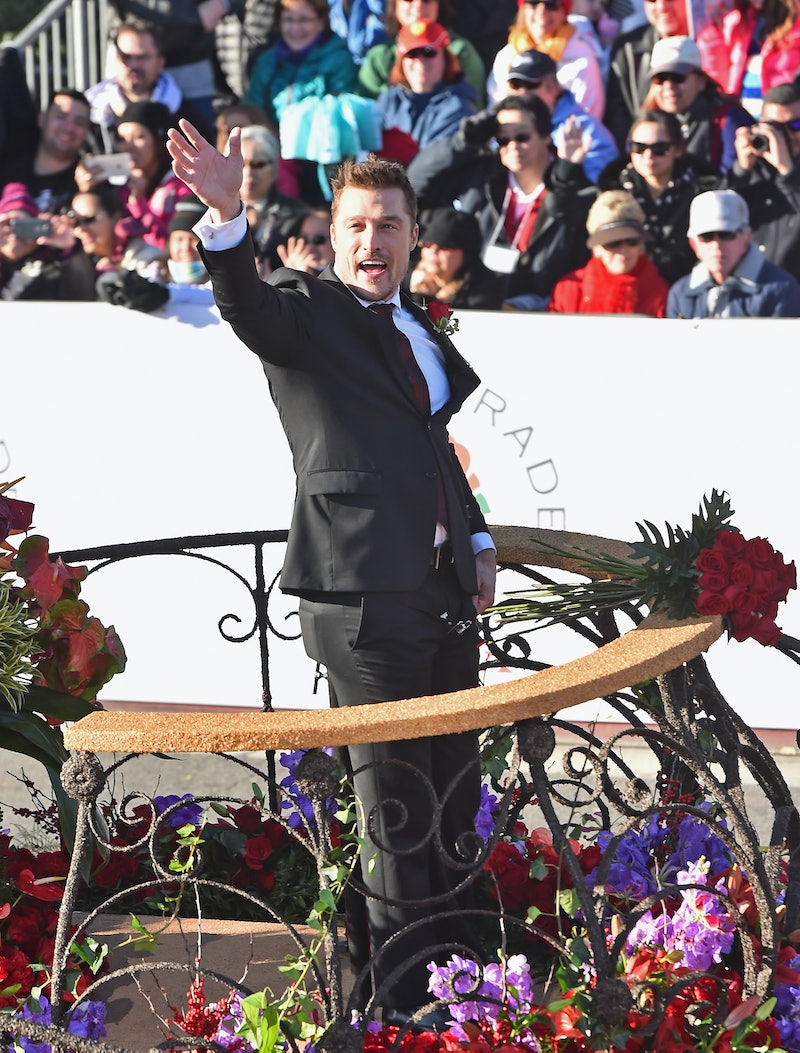 After that insane helicopter double date gone horribly, horribly wrong, The Bachelor has decided that it's time for hometown visits, so it looks like the next few episodes will take place in Middle America and Chris' hometown of Arlington, Iowa. In such a small town, there's not a ton to do, so in the next episode, one of the girls will be "lucky" enough to go on a date that hits all of the hometown heights: Chris Soules in high school.

Somehow TooFab got Chris' yearbook photos, and flip through them, because Chris hasn't been very forthcoming with them on Instagram or Twitter. Maybe they're being saved until the high school football episode, where they'll have maximum impact, but until then, that's your one stop for Chris Soules' high school memories. From the pics, what can be gathered is that he played basketball and football, he still looks exactly the same, and he's always been popular with large groups of girls.

It's not a difficult thing to imagine that Chris Soules was a popular guy in high school. Even now, he looks like a quarterback who's dating the entire cheerleading squad. Actually, almost everything about Chris Soules is exactly like a popular high school kid.

His very first Instagram picture is a recreation of one of his high school yearbook photos, with a Taco John's crop top and athletic shorts, proving that some looks never go out of style. He's also rocking the same looks, as in, he doesn't look like he's aged a single day past senior year.

Just like every high school boy has one flaw that somehow makes him un-hateable, Chris is hopelessly awkward when he tries to dance. But he's impossible to make fun of, because it's so goofy and endearing when he tries.

When he takes Jade on his hometown tour, they're going to stop at his high school for a football game and for a tour of the empty school building, and let's just say that his confidence making a move, even underneath a biology poster, is something that he's clearly had since he was 14 years old.

Normally, I would put most of the blame on ABC for orchestrating a situation where these otherwise normal women are forced to compete for the affections of a total stranger. But this season, some of a ladies are behaving like actual high school mean girls. And I'm not the only person to think that, either, because there were a lot of echoes on Twitter, especially after that double bed in the desert episode. These ladies are pretty intense.