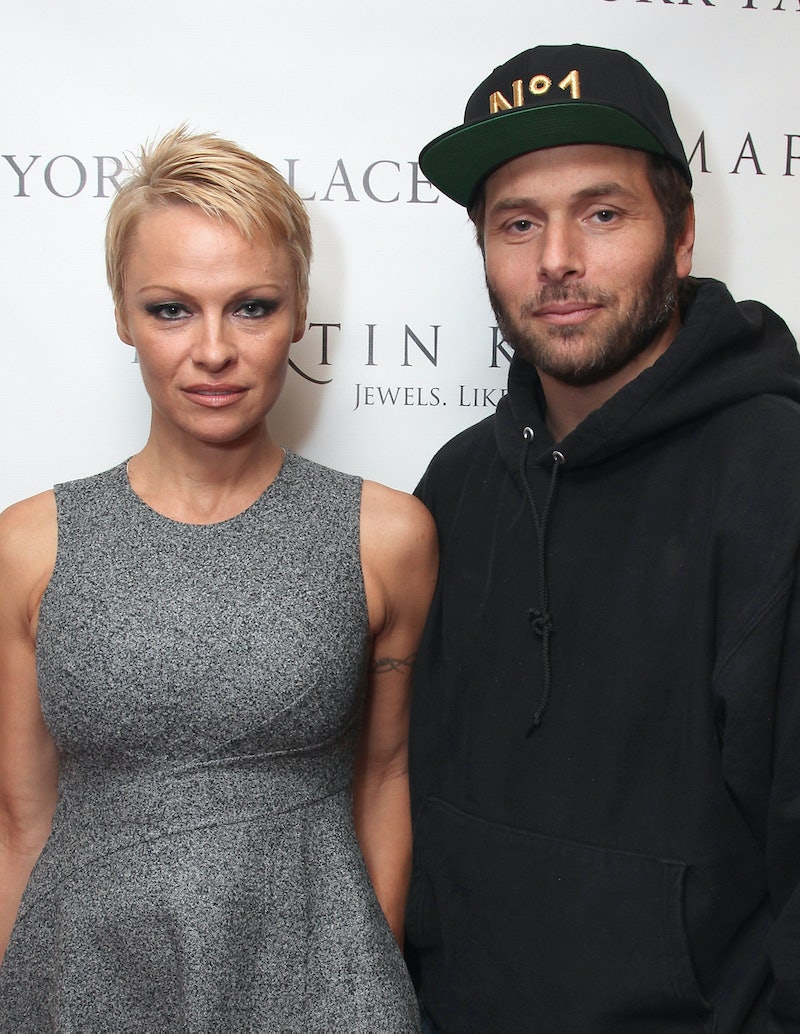 It looks like another relationship is biting the dust — this one for the third time. According to E! News, Pamela Anderson and Rick Salomon are getting divorced. Nothing has officially been confirmed, but according to TMZ, Anderson filed for divorce on Wednesday and reportedly separated from Salomon on Tuesday. Anderson is supposedly seeking spousal support. In addition, the actress posted a cryptic message on Facebook that reads, "Good, better, best — things are better, and, the best is yet to come," that some speculate to be about the split.

(Update: According to TMZ, Rick Salomon is seeking an annulment from Pamela Anderson. He filed the case on Wednesday, Feb. 19. Salomon is also asking the judge to rule that there is no community property in the marriage, in addition to claiming Anderson "deceived him." No further details have been released.)

These two have quite the complicated history and their relationship ups and downs are hard to keep track of. The two first married in October 2007, but Anderson then filed to have it annulled four months later in February 2008. However, six years after that, the two got remarried on Jan. 9, 2014. The second marriage almost didn't last either, with Anderson filing for divorce on July 3 of the same year. With that said, and according to documents obtained by E! News, Anderson asked the judge to dismiss the request because the two reconciled their "irreconcilable differences."

This is Anderson's third marriage and Salomon's second. Anderson was previously married to Kid Rock and Tommy Lee, while Salomon was married to Elizabeth Daily. Salomon also wed actress Shannen Doherty, but this marriage was annulled.

See? I told you it was complicated.