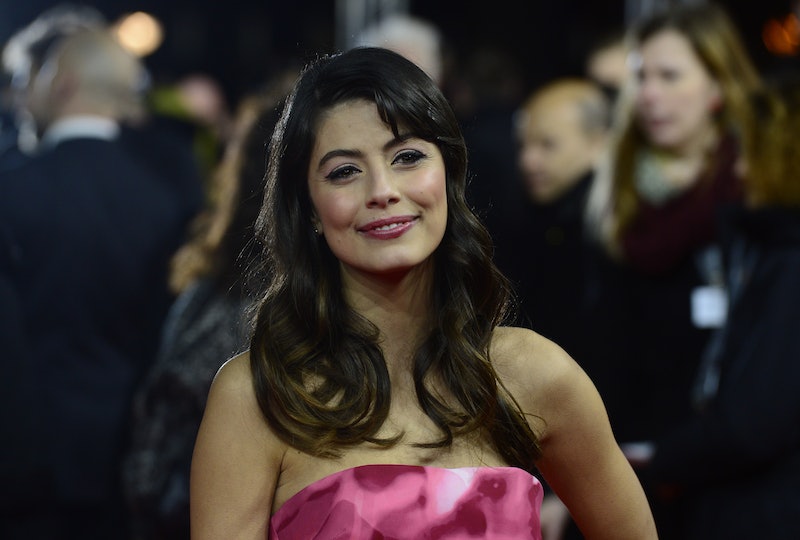 Who's your style crush? I have quite a few, from Lupita Nyong'o (a choice which requires no explanation) to Diane Kruger (she styles herself, and she's not afraid to wear gargantuan Christian Dior ball gowns that may or may not be wider than they are tall) to Fan Bingbing (have you seen her front row pizazz or her Cannes gloriousness?)... and now it's time to add another name to our roster: Alessandra Mastronardi.

The actress just starred in Life , the new James Dean-inspired movie (Dane DeHaan stars as Dean, and Mastronardi plays his love interest) that's currently making its festival rounds at the 65th Annual Berlin International Film Festival, and she's been storming up and down the red carpet all week like its her personal runway.

She started the week out strong at the Life photocall in a Louis Vuitton LBD, complete with a chicly minimal keyhole cutout and some of the prettiest sky blue ankle strap pumps I've ever seen, then she switched things up with a brightly colored (and gorgeously floral) Elie Saab number. Finally, she finished up the triad of amazing looks with an honest-to-god crisp white jumpsuit — a look only those with some serious fashion chutzpah can pull off. Let's take a look:

And because you deserve to see those shoes up close: