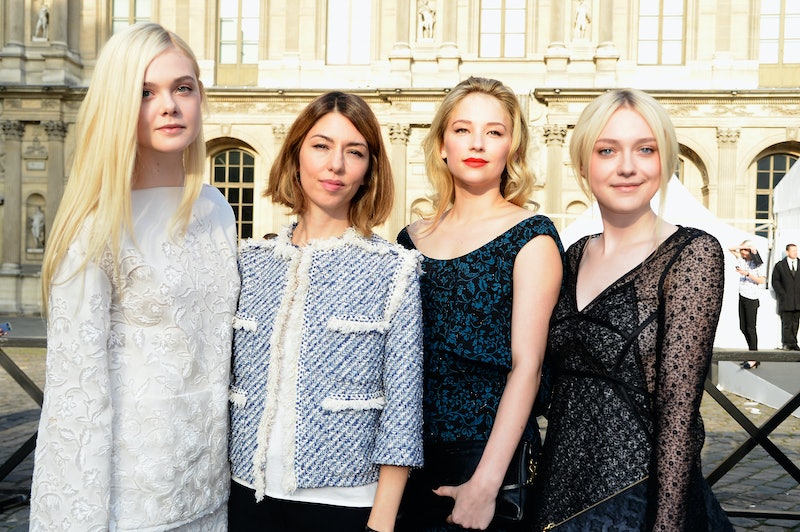 I don't know about you, but I knew staggeringly little about Louis Vuitton.

Sure, I knew that he was the genius behind those monogrammed handbags that top many people's someday-wishlists... but that's about it. I mean, I was absolutely flummoxed when I saw his steamer trunks on Downton Abbey, as I had (very erroneously) thought he was born around the turn of the century, like Christian Dior, or that maybe he was something of a midcentury fixture, like Yves Saint Laurent. I had no idea that his brand was founded way, way back in 1854, much less that the man himself would be turning 193 (193!) today.

I also had no idea that they didn't branch out into apparel until well after the man's death (which was over a hundred years ago) — heck, they didn't branch out into leather until after World War II. Plus, Louis Vuitton didn't actually start making their own apparel until Marc Jacobs was hired as creative director in 1997 (Nicholas Ghesquiere, formerly of Balenciaga, now holds the position) — and there you have it: a super-abridged precis of the Louis Vuitton story, just in time for his 193rd birthday.

So why don't we celebrate in customary fashion — with a top 10 list! So here they are, in no particular order:

Straightforward, gorgeous, and fits her like a glove. Actually, this dress reminds me quite a lot of a pared down version of...

...this showstopper of a gown Fan Bingbing wore to the same festival. Okay, so Fan Bingbing wins that besequined strapless Louis Vuitton battle, hands down.

3 and 4. Dakota and Elle Fanning at the New SC Bag Launch

Ms. Williams looked the height of gamine chic (also, adorable) in this short suit ensemble. No surprise there, as she's been regularly killing it as the face of Louis Vuitton for almost two years now.

Contrast collar, gold and black brocade, a pint-sized monogrammed handbag, high-heeled booties, a ballerina bun, high-impact lipstick and brows... is there anything this look isn't doing to perfection?

7. Fan Bingbing (at the same show)

Lily Collins may have done the front row well, but Fan Bingbing (who, it should be noted, is making her second appearance on this list) might just be one-upping her with the combined power of her crazy sunglasses, even more high-impact red lip, monogrammed over-the-shoulder bag, and forest green leather trench coat. Bow down.

Sequin-y Louis Vuitton really does do well at Cannes, doesn't it?

Sofia Coppola always looks fantastic in the brand (hey, she's even designed her own bag for them), but this simple black and white ensemble was particularly chic.

Now that is a red carpet dress.