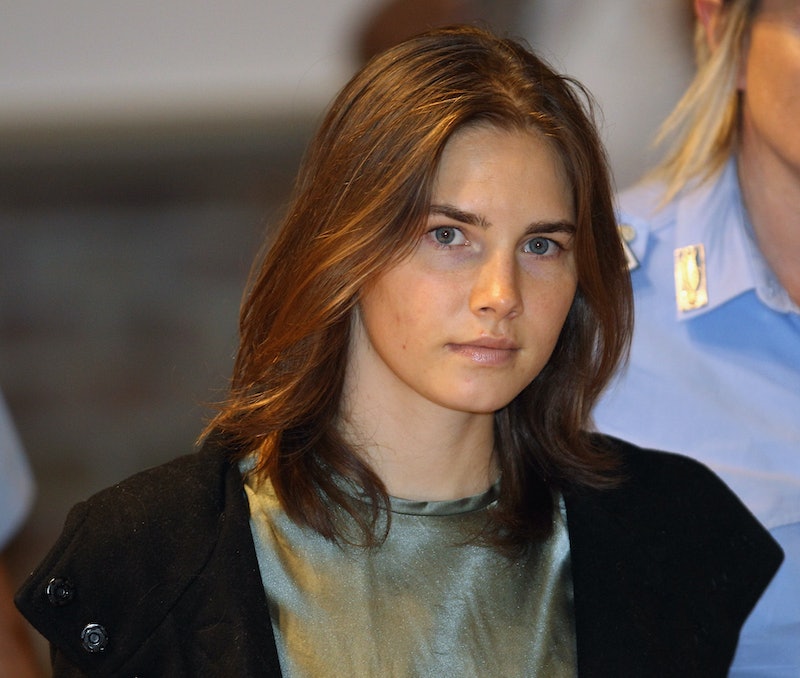 Amid the still-ongoing legal saga in which she is accused of her roommate's 2007 murder in Italy, Amanda Knox became engaged to rock musician Colin Sutherland, a childhood friend that Knox has known since her middle school days in Washington. Knox and Sutherland were pictured together last summer in New York City when she was visiting, and her father confirmed to ABC News that the two were engaged on Feb. 3.

First reported by Jonathan Martin, a columnist at the Seattle Times, the engaged couple now lives in Seattle together. Sutherland's band, The Johnny Pumps, who describe themselves as "slag rock," is based in New York. The 27-year-old musician, a self-described ghost hunter, reportedly tried to raise funds to film the pilot of "The Haunted Life," a show about ghosts, music and storytelling.

Knox and her former Italian boyfriend, Raffaele Sollecito, were convicted in 2009 for the murder of her British roommate, Meredith Kercher, while studying abroad. Six years later, the case is still ongoing — last month, an Italian court upheld their sentences. First convicted, spending four years in prison, Knox's life appeared to get back on track after she was acquitted in 2011 on an appeal. But a court re-convicted her last year, and her appeal of the appeal will begin next month.

After her 2011 acquittal, Knox returned to the U.S., finishing her degree in creative writing at the University of Washington last year, during which time Italy overturned her acquittal and reinstated the guilty verdict. Now a freelance reporter and editor in Seattle, Knox said she won't voluntarily return to Italy, for fear that she would be thrown back in jail if her appeal fails.

In an interview on Good Morning America last year, following her re-conviction, Knox expressed her disbelief at the court's decision. Speaking to anchor Robin Roberts, she said:

I couldn't believe what I was hearing... I did not expect this to happen. I really expected so much better from the Italian justice system. They found me innocent once before... This is an experience that I have to testify to, that really horrible things can happen and you have to stand up for yourself.

Martin, who has covered Knox's case on-and-off, wrote in the Times:

Her husband-to-be wrote her while she was in prison, and now he has signed up to be stalked by paparazzi, British tabloids and Internet trolls. It must be love.