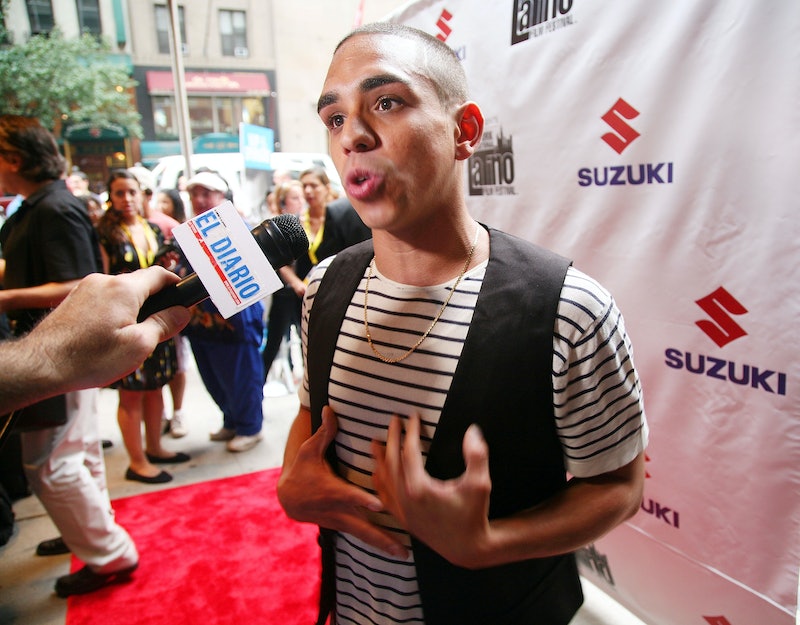 Fans of the cult film franchise The Evil Dead were stoked to learn that Bruce Campbell's horror hero Ash would return for the upcoming Starz TV reboot called Ash vs. Evil Dead, and now we're learning just who will be by his side when the new show hits the premium cable network. According to Deadline, two familiar faces will join Campbell's Ash in his quest to thwart demons and other horrifying supernatural entities. Ray Santiago and Dana DeLorenzo are set to star on the Evil Dead reboot series as new friends of Ash who must help save the world from a very problematic Deadite plague.

According to the report, Santiago will play Pablo, an "idealistic immigrant" who will become Ash's biggest supporter and ally. DeLorenzo will take on the role of Kelly, a "wild child" who is running from a mysterious past. As Deadline states, the trio will form a makeshift "family" of Deadite slayers — and they might give the Buffy the Vampire Slayer's Scooby Gang a run for their money.

So who are the new demon hunters? You may recognize Santiago from the Meet the Parents 2004 sequel Meet the Fockers — he plays the (maybe) son of Ben Stiller's Greg and looks a whole lot like him. Since then, he has appeared as a guest star on a number of TV shows, including Raising Hope, Dexter, and Major Crimes.Santiago recently had an arc on Touch and will appear in the film Suburban Gothic opposite Matthew Grey Gubler:

Though this will be her first major role, DeLorenzo has also appeared in several TV shows, including Workaholics and Sullivan & Son. And here's one weird role she had — DeLorenzo provided the voice of talking rhino head Sandra Peterson on the Late Late Show With Craig Ferguson in 2012. She also acted as "Beth," a "CBS executive" during her time on the show, but that's not nearly as fun as the rhino thing:

These relative newcomers will bring a fresh take to the '80s concept, and it's cool to see totally new characters mix with familiar icons. Now we just need to find out if they can wield a chainsaw.