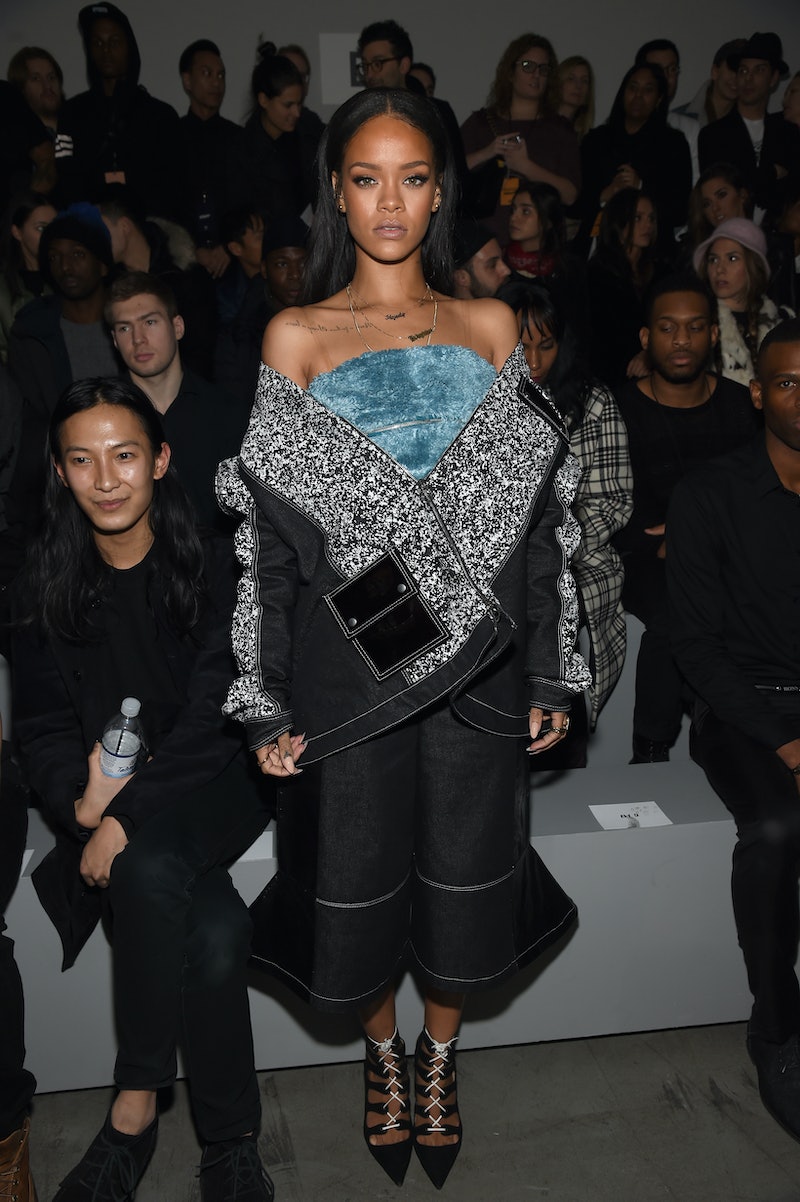 Rihanna has done it again.

Much like last weekend at the Grammys, the Bajan beauty showed up to the Kanye West x Adidas Originals runway show wearing something literally phresh off the runway (and now I know why she made that song).

It's pretty much common knowledge at this point: Rihanna is arguably one of the most fashionable females around. And the mere fact that she’s wearing runway garb the day after it walked, only proves that point. Last night, at the Julia Seeman for VFiles runway show, @badgalriri saw this strangely eye-catching outfit on a model and snatched it up. She even wore the funky, off-the-shoulder jacket the same way.

Now, I have to be honest: This sort of reminds me of one of Diddy’s oversized denim outfits, combined with a furry tube top from the Spice Girls' closet, but hey, that’s just me. What I like most about the outfit is how instead of just stealing the look verbatim, Rihanna choose to switch up a few things. For example, in place of the huge hat, she went for a more sleek middle part. And instead of wearing the red pumps, she went for something a little more S&M. The laces are giving me a real bondage, Fifty Shades vibe — and I love it.

But Rihanna wasn’t the only one who showed out at the West x Adidas show. She sat alongside Beyonce, who looked as flawless as ever in a navy midi dress and matching blazer, with a big, fluffy, red bag (which was about the only thing North West loved).

So, cheers to you Rihanna. You done good, per usual.