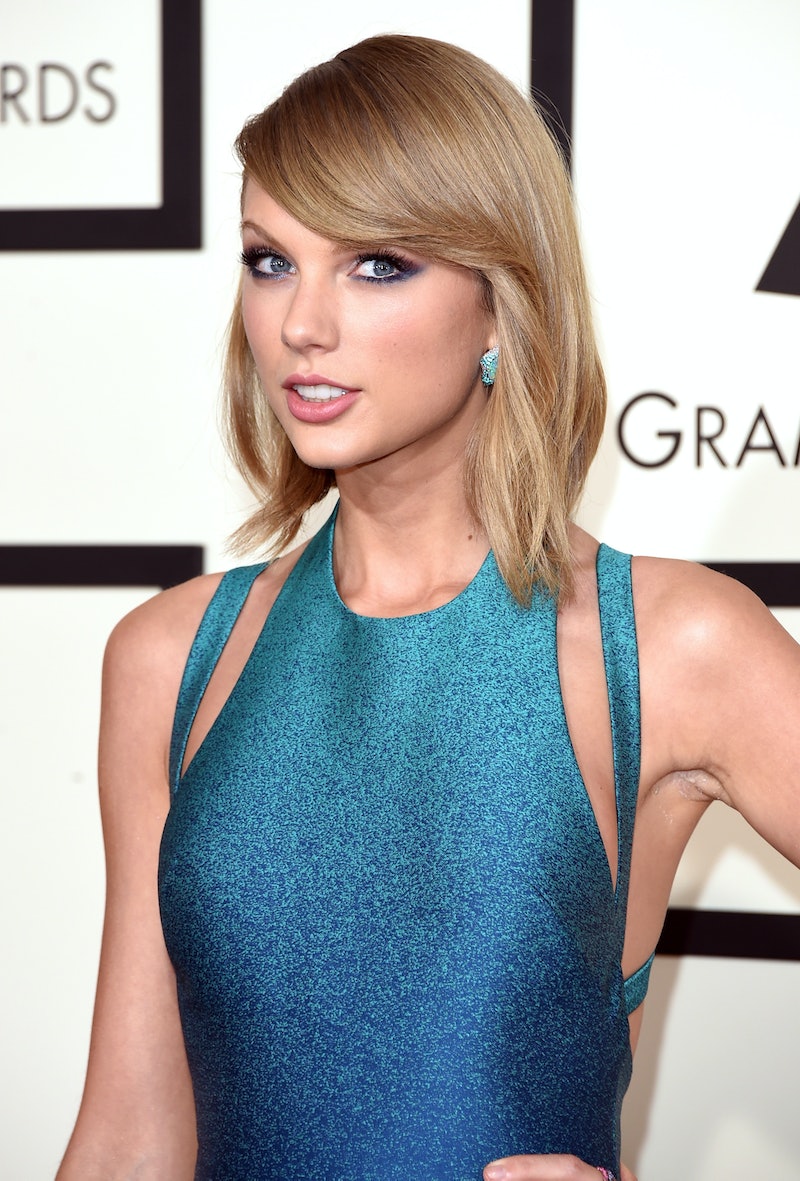 Taylor Swift doesn't always bury her song meanings deep inside metaphor, even though she is quite adept at doing so. Taylor Swift released her video for "Style" today and could it be anymore obvious from the title exactly which of her exes it's about? Duh! It's Harry Styles, the swoon-inducing cutie pie from One Direction. Swift sings "You got that James Dean daydream look in your eye" and "You got that long hair, slicked back, white t-shirt," she may as well be singing, "You are in a boy band and are super cute and have bad tattoos but I can forgive those since you have an amazing accent and you're cuter than Zayn Malik."

I am not sensing any sort of subtext in the real lyrics, though.

T. Swizzle and Hazza, or "Haylor" as they were known for those glorious three months that they were a "thing" and when I shipped them hard, were a cute and stylish couple, holding hands in England, wearing slipknot scarves, sensible Oxfords, and pea coats during that era. But who else could Swift be singing about for that James Dean look? Okay, we seriously know that it's Harry — after all, the song is called STYLE, but let's takes some educated guesses anyway, shall we?

Fan fiction of this sort is always a hoot.

Dayum, he hurts to look at. So pretty, so pretty. Why him? Because duh! The song is called "Style!" Pick up what she put down. Plus, Hazza is a bit of a boy band rebel and a young hunk like the late, great Jimmy Dean.

Okay, so "We Are Never, Ever Getting Back Together" is probably about the handsome actor and resident hunk, but because JG is so pretty, and he is a bit of a modern matinee idol, like James Dean, he could be her subject here. I prefer her singing about him and his indie rock. I could totally see him schooling her on the virtues of alt-J or The Shins.

This is a long shot. Swift and Sheeran — Shift? Sweeran? Ted?—are BFFs, but they did fake like they were a couple with kids in the "Everything Has Changed" video, so there. Sheeran is a ginger and not conventionally handsome, so it's probably not him.

Cooper recently denied to Howard Stern that Swift tried to cozy up to him at an awards show a few years back, as was the rumor. But Coop is handsome and at the top of his game right now, so maybe she crushed on him and fantasized that they were a couple through song.

5. That Guy Who Started Snapchat

Swift was in the same room as the social media service founder — his name is Evan Spiegel —and dating rumors immediately abounded. Nah, probably not him. He's a tech nerd, and while we all crush on them sometimes, there's a world of difference between Hazza and him.

Was she throwing us off the scent? Switching things up a little?

He has long hair and is broody. Like James Dean.