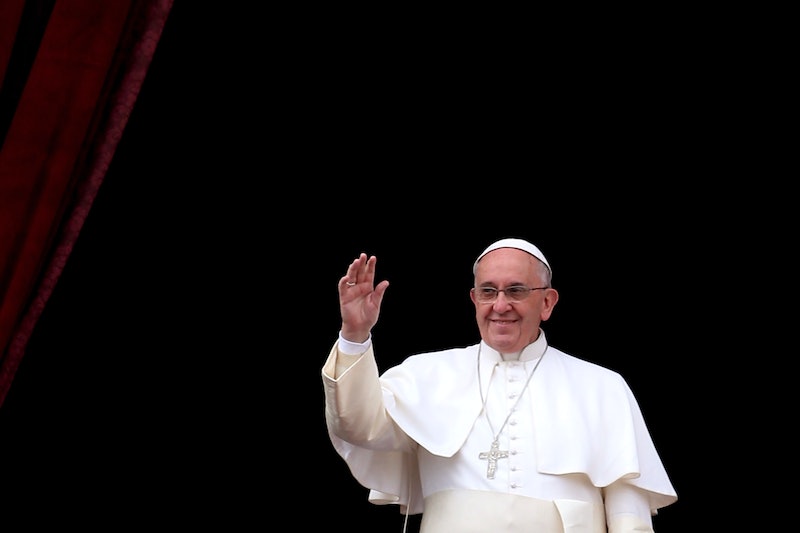 In what should have been a rather expected move — but is surprising nonetheless — the Vatican is mulling setting up an environmental department, spokesperson Father Federico Lombardi said on Thursday. Cardinals from across the world were in town to attend a closed-door conference to discuss a reform of the Curia, the Catholic Church's central administration. Lombardi told reporters at a briefing that the proposal for an environmental think tank was raised during the meeting, in what could prove significant in the climate change debate as the world's 1.2 billion Roman Catholics look to the Church for guidance on issues.

We see a growth in the awareness [of environmental problems] and in the importance of reflection, commitment, and study of environmental issues and their relation to social and human questions.

Pope Francis has been vocal about his climate change beliefs, having said that global warming was "mostly" man-made during an interview on board the papal plane en route to the Philippines last month. He said:

I don't know if it [human activity] is the only cause, but mostly, in great part, it is man who has slapped nature in the face. We have in a sense taken over nature. I think we have exploited nature too much. Thanks be to God that today there are voices, so many people who are speaking out about it.

According to sources close to the Vatican, the Pope plans to meet other religious leaders and address the UN general assembly regarding climate change when he visits the U.S. in September, in a bid to influence the outcome of the UN climate meeting in Paris in December.

Of all the groups this announcement will rattle, perhaps the most upset of all will be U.S. conservatives, many of whom are staunch climate change-deniers. His September visit will come amid a fierce debate in the country over the issue as the GOP steels itself against the Environmental Protection Agency's proposed rule to cut down carbon dioxide emissions from power plants.

Many of Pope Francis' progressive stances on issues have left many Republicans fuming, as the Papacy, previously occupied by men who shared their conservative values, has been replaced by an Argentinian progressive hell-bent (excuse me) on reforming the Church's tone and culture.

His role in the U.S.-Cuba deal angered many GOP lawmakers — chief among which was Marco Rubio, who criticized the Pope — as did his statement on gay people and his railing against global capitalism — which caused an uproar among conservatives. But climate change seems to be the Pope's most pressing item on the agenda, as he attempts to persuade both the people and the politicians of its urgency.