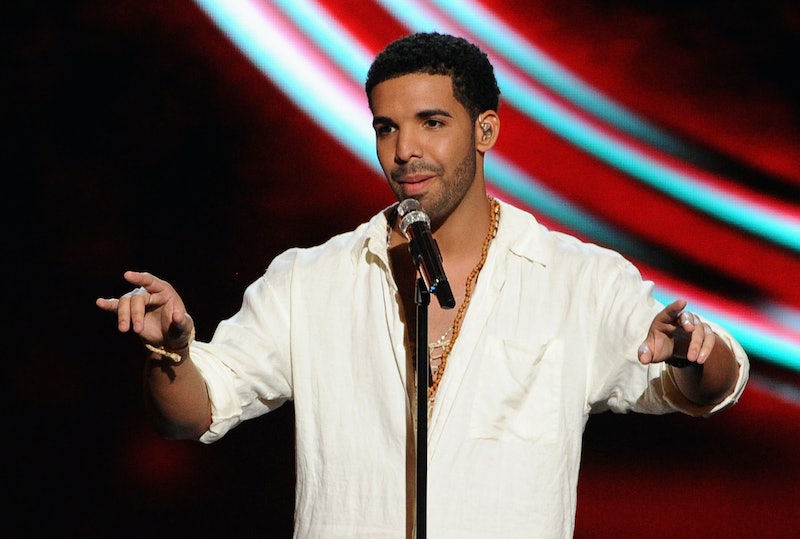 When a big time artist decides to drop an album out of nowhere in the middle of the night, chances are, they have a lot to say. Drake, who just dropped If You're Reading This It's Already Too Late, is no exception. One song that has been getting some attention is his opening track, "Legend," which makes allusions to unnamed rivals and enemies. Since Drake has reportedly made amends in his infamous longtime feud with Chris Brown, some fans might be wondering who Drake is referencing on the track, and who his current enemies are. Check out some of the kindest lyrics in the song "Legend" below:

Though it is doubtful that everyone's specific names he references in "Legend" will rise to the surface, there are a few safe bets that fans can make about Drake's enemies. After all, it's all but been confirmed already that he has dissed Tyga in another track on the album, "6 PM in New York," so Drake is not exactly subtle when it comes to calling other rappers out. From his war of the words with Tyga to his recent altercation with Diddy, Drake has a history of making good on his old song title, "No New Friends." Check out the round up below of all the potential "enemies" that Drake could be referencing in "Legend."

No surprise here! As it's been reported, Drake showed his former label-mate no love in another song off the same album after Tyga dissed him in a 2014 Vibe magazine cover story, so it wouldn't be a shocker for him to be included in another track, albeit a more subtle diss this time.

Again, no surprise. Fresh off the heels of the infamous altercation where Diddy reportedly punched Drake outside a Miami nightclub (over a song, no less), it would make perfect sense if Drake included him in a list of enemies in an album dropped just two months after the fight.

Though this beef was not as publicized as others, Ludacris reportedly dissed both Drake and Big Sean on his track "Bada Boom" back in 2011. Though Drake seemed relatively unbothered at the time, there's never a wrong time for a subtle lyrical jab.

Common released a diss track with Rick Ross toward Drake called "Stay Schemin'" back in 2012. While it was speculated that the beef had to do with Serena Williams, Common said the fight simply stemmed from hip-hop. Well, as we all know, two can play that game!

Back in 2011, Pusha T held the dubious honor of being one of the first big-name rappers to publicly diss Drake— and it was over the beat of one of Drake's songs. It's been reported that the two have yet to work things out. No new friends, indeed.