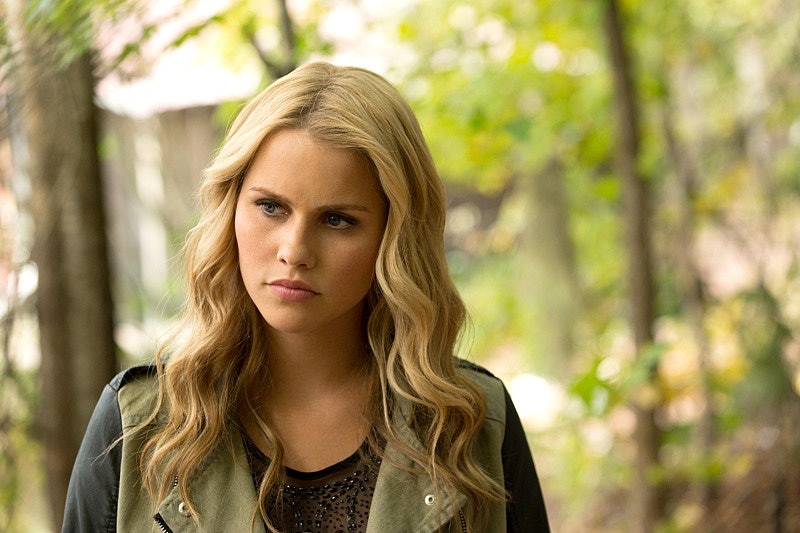 Even since she first made her Vampire Diaries debut, Claire Holt's portrayal of Original vampire Rebekah Mikaelson instantly became a fan favorite. Her sass and stubbornness made her an fantastic match against her equally powerful siblings. And yet there was always a deep-rooted emotional side to Becks that gave her character an extra layer of depth and likability. Basically, what I'm trying to say here is that Holt did a phenomenal job of turning a regular villain into a multi-demensial being. But now that Rebekah has officially body jumped, I find myself worrying about whether or not this means that Claire Holt has left The Originals for good this time.

That's not to say that I don't enjoy what "new" Rebekah, actress Maisie Richardson-Sellers, has been bringing to the table throughout these past few episodes. However, I can't help but feel an underlying sense of loyalty to Holt's original take on the character. Fans have just come to love this actress so much it's hard to not secretly wish that a possible return is in the cards. But don't give up hope on the idea just yet, folks, because according to a recent interview executive producer Michael Narducci had with TVLine, there's a good chance Rebekah's body swap won't be permanent. After all, let's not forget that her prior body is still intact.

This isn’t necessarily a permanent change. It’s not like something is going to happen to Rebekah’s original body, or that once she makes this change, she can’t go back — unlike Kol and Finn, whose original bodies were destroyed. Rebekah’s body will continue to exist, so there are many different story opportunities for us to explore.

That's part of the beauty of supernatural shows like this — pretty much anything can happen, so goodbyes aren't always for keeps. Plus, Klaus and Rebekah have never been closer than they are right now. She took care of his child — the most precious thing in the world to him — when he couldn't. There's no way he won't try to get his sister back into her proper body as long as it's what she wants as well. And given that she made Klaus promise to keep her original body safe, I think it's safe to assume that's her main goal.

But even if Julie Plec & Co. did decide to have her change her mind or even just prolong this new Rebekah's stay, that doesn't mean Holt couldn't still show up from time to time. Don't forget, this series is known for its flashback sequences, as a way to help viewers learn all about the Mikaelson family's complex and fascinating history. It'd be the perfect way to bring Holt back into the fold without completely disrupting the central plot. And it seems Narducci agrees, having recently told The Hollywood Reporter that they "absolutely will use her in flashbacks in the way we've continued to use Nathaniel Buzolic in flashbacks, even though in the present day, Kol is in another body."

Of course, the frequency of these little cameos depends greatly on how often Holt is available. (The actress is currently starring in NBC's upcoming series Aquarius.) But depending on her schedule, we could be in for multiple Rebekah sightings in the not-so-distant future. As if you really thought anything could keep these Mikaelsons away from each other.