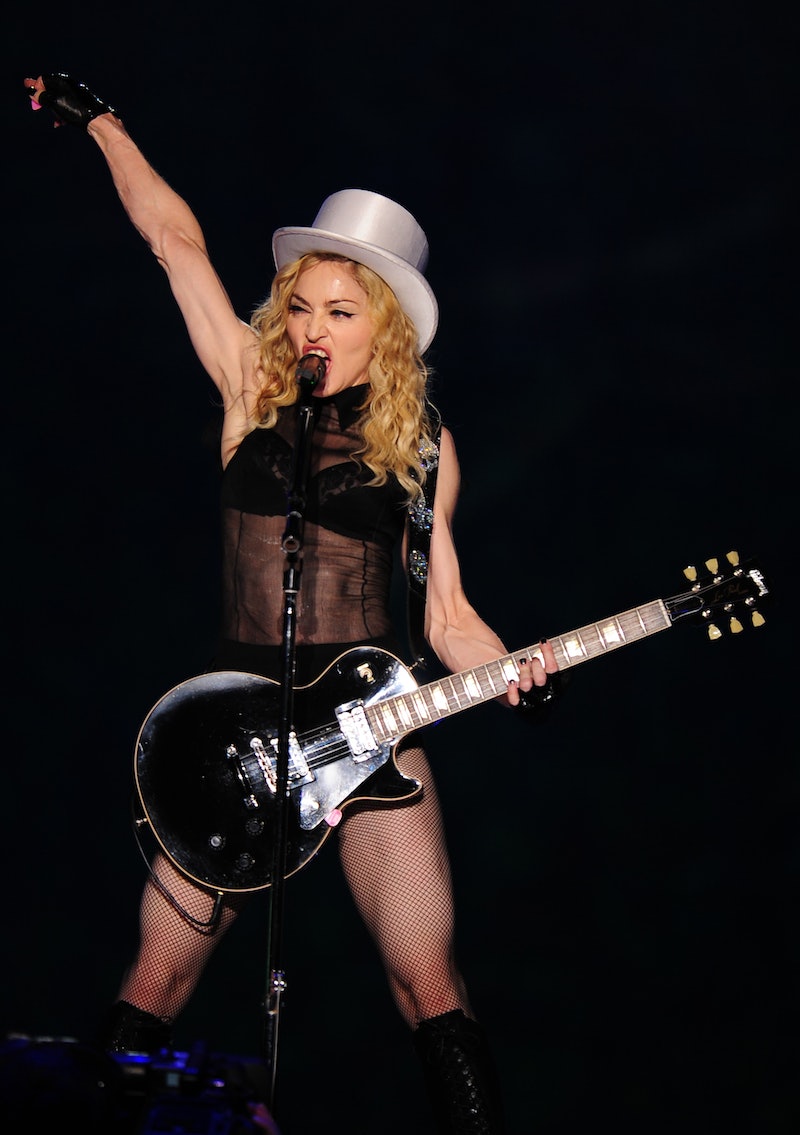 The reviews are in: Fifty Shades of Grey is here, it's everywhere, and it's overwhelmingly grey. Some people love it, some people don't, and some people, like Madonna, find the idea of the movie terribly, terribly boring. In an interview with Billboard, Madonna said she's read Fifty Shades of Grey, and admits it's cool, if you're, like, a total newb.

"It's pulp fiction," she said, "It's not very sexy, maybe for someone who has never had sex before." Way harsh, Madge! The pop singer also said that she found certain aspects of the book unrealistic. As she explained, "No guy goes down on a girl that much. I'm sorry, but no one eats p---y as much as the guy in that book."

Fifty Shades isn't her steez, but Madonna says she's not a hater: "Sex is a wonderful, necessary part of life... I'm a hopeless romantic. I love being in love." She just really, really doesn't like Fifty Shades of Grey.

As with the apparent unsexiness of Fifty Shades, Madonna's never been known to stay quiet on the issues she's passionate about. Here are some other things that she's made preeeeety clear she doesn't find sexy.

"I kept waiting for something exciting and crazy to happen in that red room thing, and I was like, 'Hmm, a lot of spanking,'" Madonna told Billboard. Spanking is for amateurs.

They're overrated, and Madonna will not be bothered to wear them.

Madonna is not cool with Instagram's anti-nipple (yet decidedly pro-butt) policy. Shortly after the release of a photo from Kim Kardashian's Paper Magazine shoot on Instagram, Madonna posted a topless (censored) photo of herself captioned, “Its confusing. Nipples are considered forbidden and provocative but exposing your ass is not. #flummoxed.” In conclusion: nipple censorship = NOT SEXY.

Reportedly, Madonna and Lady Gaga are not friends. If that's the case, she probably doesn't find her very sexy.

It's not sexy unless IT'S EVERYWHERE.