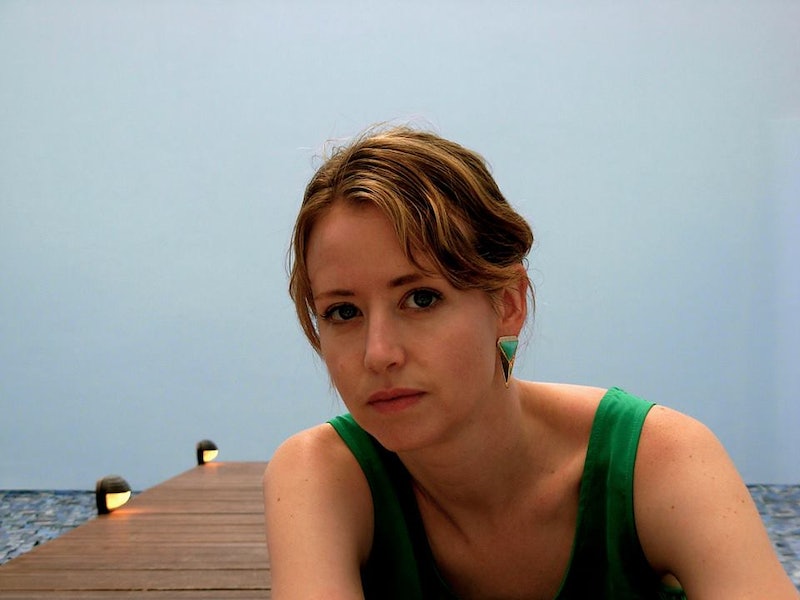 The much-anticipated follow-up to two short story collections, What the World Will Look Like When All the Water Leaves Us and The Isle of Youth, Find Me (Farrar, Straus and Giroux) is Laura van den Berg’s first novel. It's been hard to avoid the hype surrounding this novel due to both the success of van den Berg's past collections and the book's pre-release press, but I came to Find Me with no expectations at all. After my read, I’m confident that regardless of how you're set up to enter Find Me, you'll be blown away by this quiet, affecting novel.

The story centers on Joy Jones, a young woman living sometime in the very near future. An epidemic that begins with a silver rash and the deterioration of memory — and ends with death — has eroded society as we know it. Joy has been exposed to the disease, yet exhibits no symptoms. An orphan who spent her childhood shuttled from place to place, Joy works the graveyard shift at a grocery store. Her immunity to the disease makes her feel special, so when she’s invited to live in a hospital with others like her, she accepts. The doctors there will study her, and perhaps they’ll find a cure.

I can already imagine the movie version of this book — a moody art film, with starkly beautiful landscapes and actors who can communicate volumes with doleful stares.

Much like Kazuo Ishiguro’s haunting Never Let Me Go, Find Me is not so much about the breakdown of society as it is about humanity itself. During the time Joy spends in the hospital — an isolated institution in the middle of the Kansas plains — we learn more about Joy’s interior life and the relationships she forms than we do about the world around her. She keeps appointments with the Norwegian Dr. Bek, and she falls in love with her roommate Louis, even if her feelings aren’t reciprocated exactly the way she wants. She meets kid brothers obsessed with Hawaii. Joy and the other patients are bored, waiting out the days, subjected to test after test. They pass time by taking stock of their memories. If they can still remember, they’re still OK.

Joy is not a loud, insistent character — she’s too world-weary for that. As Dr. Bek tells her, she’s someone who’s grown accustomed to keeping secrets, “secrets from other people, secrets from yourself.” She is not so beaten down to be completely hopeless, though, and I couldn’t help but be in her camp. Her connection to other characters was palpable; I even choked up in a few different scenes. Joy wants to live, and she wants to build relationships with others, even if the outside world has gone to hell.

Van den Berg's prose is sparse and vivid all at once. Some of her lines are so arresting that I wanted to underline them, mark up the margins with stars or exclamation points. “By then we are surrounded by nothing but night and all the things that night is capable of hiding,” she writes. I can already imagine the movie version of this book — a moody art film, with starkly beautiful landscapes and actors who can communicate volumes with doleful stares.

Find Me is an expedition, an epic voyage. After Joy gets out of the Kansas hospital, she embarks on a cross-country road trip. She reunites with her long-lost foster brother, and the two of them set off to track down her birth mother. Ultimately, that’s what Find Me is trying to say — that the journey to find ourselves and to find the people that matter to us is what life is all about: “To be looked for is to matter.”