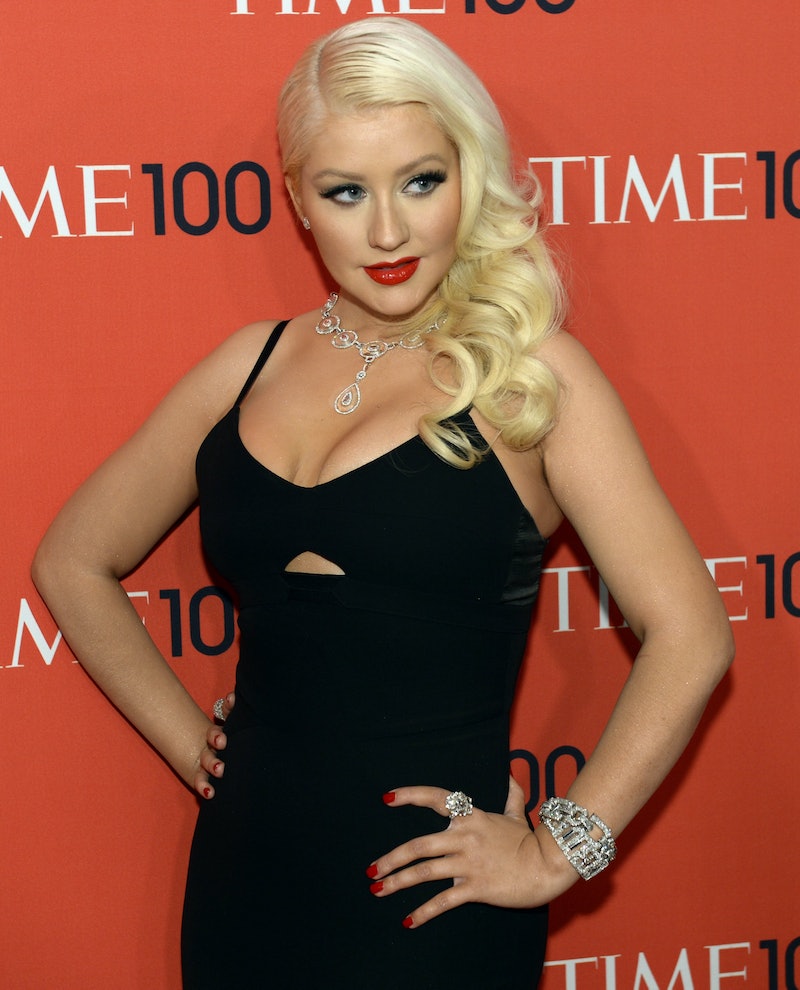 Clip in your red lowlights and toss on your cowboy boots, y'all: Christina Aguilera, flawless fan-toting diva and star of my favorite movie about air rights, is heading to Tennessee! According to E! News, Aguilera will be on multiple episodes of Nashville. The Voice coach is slated to play Jade St. John, a pop singer who heads to Nashville to soak up the country music scene, in the upcoming season of the ABC series.

Well, if Xtina landing a multiple episode arc on a primetime drama doesn’t take me back! Remember when Aguilera and her pop music cohorts used to show up on popular TV shows left and right back in the late '90s/early '00s? Ah. Those were the days. (Uh oh. Do you smell that? That nostalgia in the air? Welp, once it is out there, wafting in the breeze, it is nearly impossible to ignore. Might as well embrace it.)

Whether the pop stars played themselves or took on fictional roles, it was always a treat to see them yukking it up with Sabrina Spellman, Lizzie McGuire, Moesha Mitchell, and other beloved television characters. Here are the best '90s/'00s pop star cameos on '90s/'00s TV shows:

Wait, why are y'all slow dancing to "Genie In A Bottle"?

It's a good thing I do not have magical powers. I'd be pulling stunts like this every single day. I'd be a menace.

T.J. is offered a chance to go on tour with Destiny's Child. WHAT A DREAM. (Spoiler alert: He doesn't go.)

Usher on Sabrina the Teenage Witch

I totally forgot Usher played a freakin' LOVE DOCTOR on Sabrina the Teenage Witch. I watched this video an hour ago and have yet to stop grinning.

That hair. THAT HAIR. THAT. HAIR.

BBMak on Even Stevens

So much literal cheese.

Jessica Simpson on That '70s Show

Wait, how come I never see the J-Simps episodes when I watch That '70s Showreruns? I call shenanigans.

'N Sync on Touched By An Angel