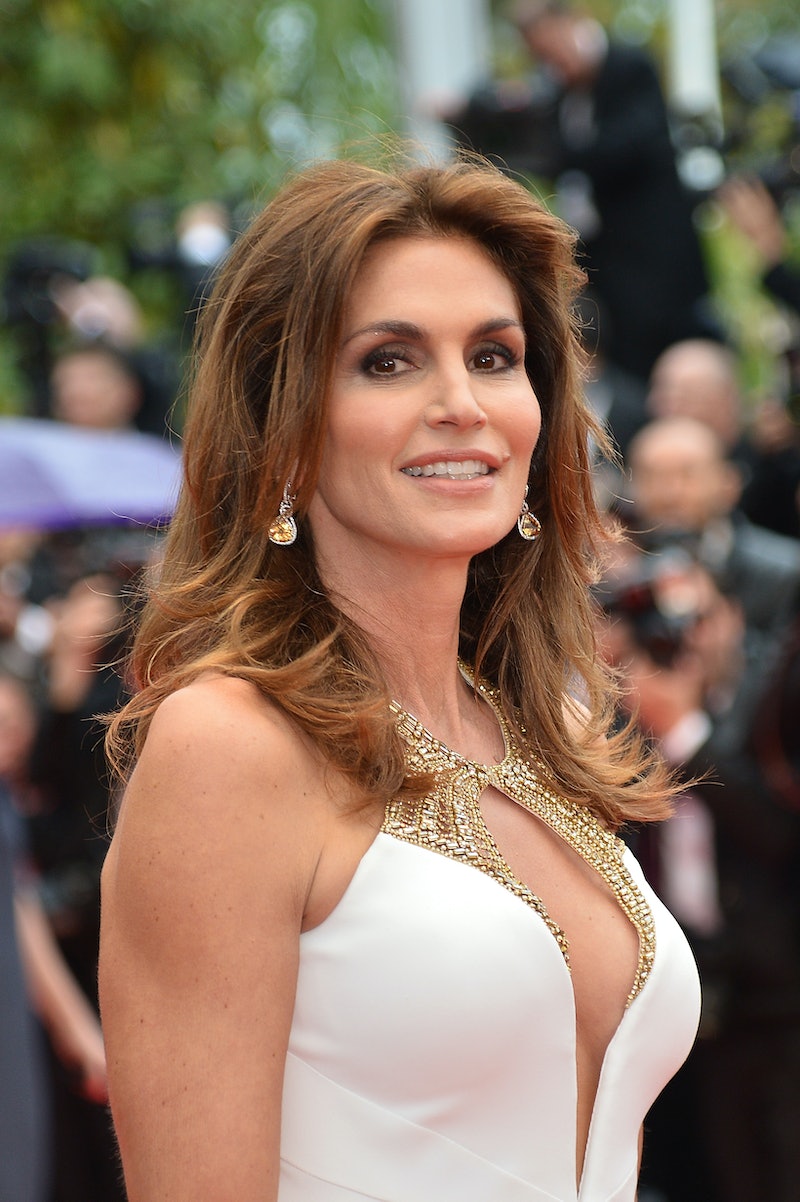 With all of the changes in the way women are printed in magazines — from Seventeen pledging to no longer retouch their models to Sports Illustrated featuring plus-size models — I'm hoping, like many, 2015 brings a new era of the model body. And this newly-leaked photo of Cindy Crawford proves we're headed in the right direction.

The unedited photo of the 49-year-old was part of a collection of shots that Crawford did for Marie Claire in Mexico. The photo's release on Twitter was quickly followed by a statement from the magazine, calling it a "leak."

Let me just say: I don't care who released the photo because all that matters is that Crawford looks fantastic. Although she's totally dressed as a drug lord's wife who stepped out for a tan in her lingerie, she's still the beautiful marvel that she's always been (and it's definitely not going to stop me from hoarding her skin care products). Marie Claire made it a point to commend the supermodel on her agelessness, by saying, "seeing her like this only makes us love her more."

During her interview, Crawford opened up about aging, saying it's all about "learning to be comfortable in your own skin." Earlier this week, we learned that Crawford has "those days" where she doesn't feel super confident, just like us, too. Bottom line: Crawford has no shame in keeping it real and we absolutely love her for it.

We aren't the only ones who agree with Crawford. Ladies everywhere took to Twitter to praise the photo.