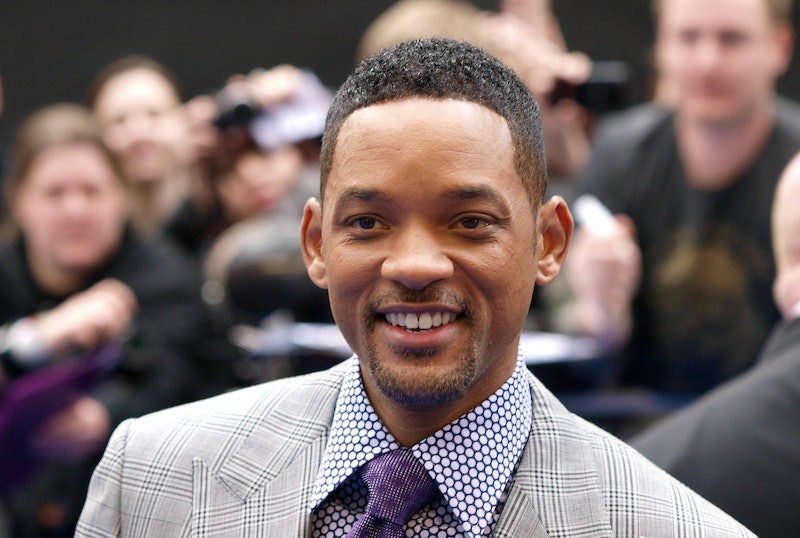 Perhaps it's a good thing I never got around to seeing Will Smith's film After Earth, especially because Will Smith just classified After Earth as the "most painful failure" of his career. During an interview with Esquire , Smith says he took the unsuccessful 2013 film as a lesson in coping with failure. (For some reason, knowing that Smith's son Jaden starred in the film along with him makes the 46-year-old actor's admission feel even harsher than it already sounds.)

Ah well, you can't win 'em all, right,? Flopping films aside, Smith's career hasn't exactly suffered because of this one cinematic shortcoming. As it stands, he has a ton of projects in the works that will undoubtedly help him bounce back from After Earth, including his upcoming film Focus .

As one of Hollywood's most respected actors, Smith and others among his elite rank tend to make the profession come off as this glittery, gold existence of non-stop red carpets, blockbuster hits and adoring fans. But like any gig, it obviously doesn't come without its flaws, which sometimes appear in the form of films that make actors wish they'd simply skipped signing on the dotted line.

Here are 10 other actors who regretted their big-screen projects:

Not only did this movie solidify as Catwoman as one of the worst superheroes ever, Berry called it a "piece-of-sh*t, god-awful movie." Yikes.

To put it bluntly, Franco thinks his 2011 film Your Highness royally sucked. He even admitted that his involvement in the project was strictly about the money.

Um, because I actually enjoyed this film this is kind of awkward, but I regret to inform you that Schwarzenegger regrets making Red Sonja , the 1985 film he starred in with Brigitte Nielsen. He actually punished his kids by making them watch it. Really, Arnold? And you didn't regret Batman & Robin ? C'mon, dude.

Anyone want to join in some Reindeer Games? Theron did when she took part in the 2000 film, but the only thing that appealed to her was working with director John Frankenheimer.

Filming Daredevil is one cinematic defeat Affleck openly laments. In an interview with Playboy, the actor named the superhero flick as "the only movie I actually regret."

Apparently, Alba's on-set experience with Fantastic Four: Rise of the Silver Surfer was so terrible that she considered quitting acting.

What happened with M. Night Shyamalan's 2008 film The Happening? Nothing good, according to the film's star Mark Walhberg, who slammed the project as "a really bad movie that I did." He even went on to claim that actress Amy Adams "dodged a bullet" by not taking part in the film.

Angelina's hubby deemed his role in Interview With a Vampire as "one of the worst experiences of my life." Ouch.

Did a big-screen release of Miami Vice ever sound like a good idea? Apparently so, but Farrell isn't exactly happy about his contribution to the disappointing film.