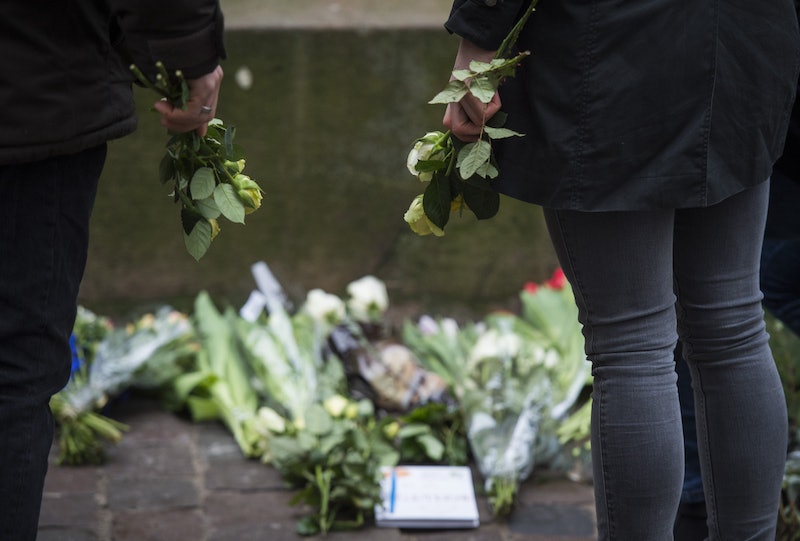 Last week marked a month since the deadly Paris attacks on the offices of Charlie Hebdo, and scarcely had Europe time to mourn the act of terrorism before Saturday's twin shootings in Copenhagen. Following a day of unrivaled tension in the capital of Denmark, the two attacks left two dead and at least five injured, and the nation shaken to its core. In a city and a country that is regarded as one of the safest and most secure on the continent, citizens of Copenhagen are on high alert even after police shot and killed the suspect involved. The attacks, of course, have newly begged the question: just how safe is Copenhagen?

In 2010, one report named the bustling metropolis the second safest city in the world, and the city has long maintained a solid reputation for its friendliness and non-threatening atmosphere. Whereas other European capitals, like Dublin, often see higher crime and homicide rates, Copenhagen seems to be a notable exception. According to the 2013 Global Study on Homicide, Dublin ranked rather high on the list of dangerous cities, with findings suggesting an average of two homicides per 100,000 people that year. By comparison, Copenhagen had a rate of only 0.3 for every 100,000, making it safer than Madrid, Vienna, Berlin, Amsterdam, Prague and Bucharest. In fact, in terms of homicides, Copenhagen tied with Rome and Lisbon as the safest of cities.

This trend extends throughout Denmark as a country — the same report showed that the Scandinavian nation had a rate of only 0.8 homicides per 100,000 individuals, making it safer than Italy, Austria, France, the Netherlands, the Czech Republic and the UK. The only safer country was its neighbor, Sweden.

Anecdotal reports also suggest the relative safety of both Copenhagen and the nation at large, with sites like TripAdvisor noting, "Copenhagen is considered relatively safe, compared to other European capitals." The popular tourist's website goes so far as to say that the city can be deceptively unsafe, with "its easy going culture" and drunken "wild looking people" in the evenings making certain areas appear more dangerous than they really are. "The locals in Copenhagen," TripAdvisor continues, "are very friendly and willing to help so you should not have any problem getting around."

Denmark's 2013 Crime and Safety Report also noted a 6 percent drop in overall crime rate, with homicides and assaults occurring far less frequently than in the United States. While pickpocketing and petty theft remained an issue, the report found, "There were 25 homicides reported in 2012, a 34-year low. Robberies, assaults, and narcotics offenses were also down in 2012."

That being said, already, in between 2012 and 2013, Danish officials were wary of the possibility of racially and religiously charged violence. In 2005, Denmark stirred international waters when the newspaper Jyllands-Posten ran a series of 12 cartoons depicting various caricatures of the prophet Muhammad. Similar images were reproduced in 2008, and since then, a series of attacks and attempted attacks have occurred as a result. As noted by a 2012 Reuters timeline of events following the initial 2005 publication, the cartoons incited a number of high-profile protests, including one in 2006 that included thousands of individuals in Damascus, who ultimately set fire to the Danish and Norwegian embassies.

Following these initial protests, the next few days in February 2006 saw the deaths of 50 people as a result of similar protests. A couple years later in 2008, Danish law enforcement arrested two Tunisians and a Moroccan Danish citizen for plotting the death of Kurt Westergaard, one of the cartoonists who produced the most incendiary cartoon, depicting the Prophet with a bomb in his turban. The following year, American David Headley and a Canadian businessman, Tahawwur Hussain Rana, were arrested for allegedly planning an attack on Jyllands-Posten. Headley has since been sentenced to 35 years in prison for both these plots and his involvement in the 2008 attacks in Mumbai.

In the years since, numerous additional attacks have been planned — and ultimately thwarted — involving either the newspaper or its affiliated cartoonists. Lars Vilks, thought to be the intended target in Saturday's first shooting at Krudttønden Cafe, has himself survived a number of attacks, both in his native Sweden and during his travels in Denmark.

Perhaps one of the greatest perceived threats to Danish security is their relatively open border policy, which was recently revamped following increased fears of illegal immigration and potential violence as a result. In 2011, new Danish policies that required stricter security checks at borders initially threw the European Union into a frenzy, as the organization is known for its ease of travel between member nations. But Denmark, wary of potential criminal activity, insisted on tightened security measures. At the time, Søren Pind, Denmark's integration minister, told reporters, "We are trying our best to take measures that will secure the best aspects of freedom of movement, and at the same time, not let criminal activity pass through freely."

We have real problems with the smuggling of drugs, weapons and illegal immigrants. Gangs of Eastern Europeans come here to break into people's homes. There is a profound skepticism in Denmark about the lack of border controls, and the march of federalism. I am not surprised that this has ruffled feathers in Europe. Any step against their rulings sparks a kerfuffle – but it's the right thing for our country.

A poll conducted at the time suggested that some 70 percent of Danish respondents were proponents of increased border control. Ironically, one of the most outspoken critics of the plan was none other than Jyllands-Posten, which decried the decision as "un-Danish," and feared that it would damage Denmark's relationship with its European neighbors.

These latest attacks, however, may have Europeans throughout the EU and across the continent questioning their own security measures, as global terror threats continue to rise.