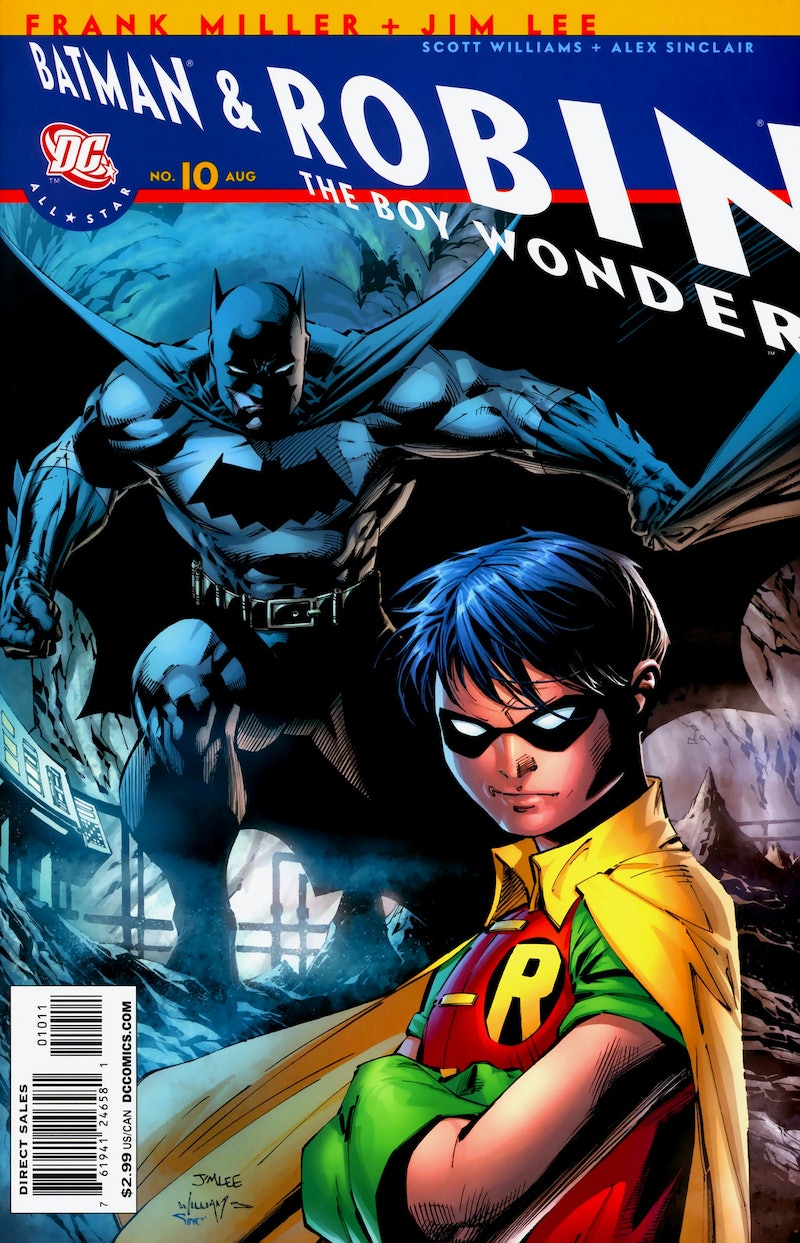 What’s Batman without his Robin? Well, Gotham fans, you’ll probably have to wait a while longer before you can see Bruce Wayne team up with his Boy Wonder, Dick Grayson. One of the double-edged swords of doing a prequel show of Gotham’s is that viewers expect certain characters to be featured. So far, we’ve met villains like Selina Kyle (who will be Catwoman), Oswald Cobblepot (who is morphing into Penguin before our very eyes), Poison Ivy (a short and sweet introduction, she’s sure to be back), Scarecrow, The Riddler (though he is not yet evil, just weird), and, possibly, The Joker. In a prequel, learning the backstory and intentions of these characters we all know and sort of love makes the plotlines all the more interesting, but sometimes, introducing a new character just doesn’t make sense for the timeline of the show. So will we see Robin on Gotham ?

It seems that he falls into the latter category of characters who just don't make sense. Because Robin is adopted by an already-Batman Bruce Wayne in the comics and Bruce is not even close to coming into his own as Batman on Gotham, this little birdy will not be making an appearance on Season 1. Showrunner Bruno Heller told Entertainment Weekly, “We’re going to do a prenatal origin story for Robin down the line.” Prenatal, as in we’re going to meet the Graysons, Robin’s parents. Just as a refresher, in the comics Robin’s acrobat parents were killed by mobsters (sound familiar?), Bruce Wayne took him in, and they became best crime-fighting buddies. It looks like this week's episode of Gotham, "The Blind Fortune Teller," will set up how the Graysons met, which is a great way to give a new, fresh story to the Boy Wonder.

This news got me thinking: What other characters won’t we see this season on Gotham? So many have been introduced, but there are certainly a few that we’ll probably have to wait on.

Sorry, Harley Quinn, fans — you’re going to have to wait until next season at least to get a look at this fan-favorite Batman villain. Heller told Entertainment Weekly, “We haven’t got Harley Quinn in it. Riddler’s girlfriend is coming up. And Harley Quinn is definitely planned for later on, but so far no.”

Not the most popular of Batman’s villains but still a fearsome player, Killer Croc would be a weird choice to bring into the realistic world of Gotham. Heller told Business Insider, “There are certainly characters that would be very difficult to put on the screen. That crocodile guy is a tough one.”

Ra’s al Ghul seems the perfect player to introduce into Gotham: Though he has that always-youthful appearance from the Lazarus Pit (which may be farfetched for dark, moody Gotham), his League of Assassins would be an everlasting gobstopper of villains for the show. When asked about the villain by EW, Heller didn't say anything definitive about whether he'd appear on Gotham, or when. This could be a bit much for a pre-Batman Bruce Wayne, so it's probably best to leave Ra’s al Ghul for another season or two.

The iconic Batgirl character’s real name is Barbara Gordon, daughter of police commissioner James Gordon. Ben McKenzie’s Gordon is not yet married and on the outs with his own Barbara, so the only way to make this feasible is for them to reconcile and for her to have a baby, immediately. So we’ll likely have to wait a while for this one.

Though we won’t see these characters by the end of Gotham’s first season, they’ve sure given us plenty to work with so far. Gotham fans will just have to wait and see what’s next.