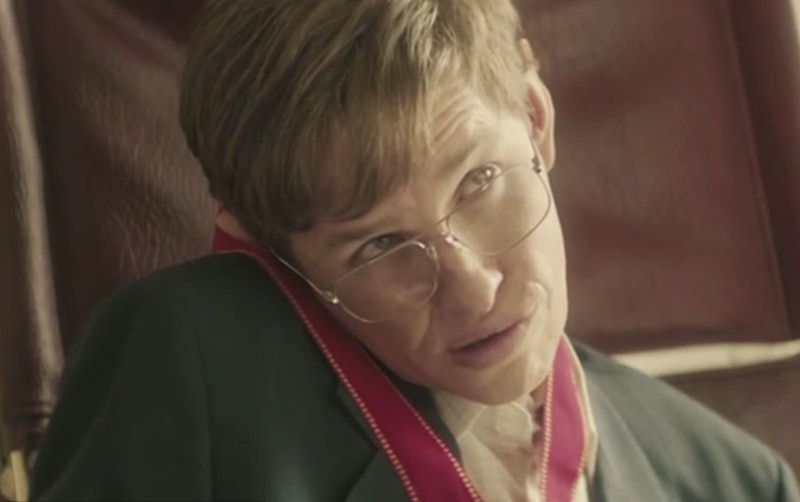 The film has already secured itself as a major winner of 2015 award season. Having won a bevy of prestigious awards already — Golden Globe, BAFTA, and Screen Actors Guild Award for Best Actor, among others — The Theory of Everything is pleasing audiences and award show voters alike. And with The Academy Awards around the corner, it's well placed to take home even more shining statues. Starring Eddie Redmayne as Stephen Hawking and Felicity Jones as his wife Jane Wilde, the film follows the career and personal life of Hawking, from his time in college to present day.

While Eddie Redmayne has already secured too many awards to carry, we can't forget about Felicity Jones' transformative role as Jane. Based on Wilde's real life autobiography, the film focuses as much on Hawking's disease and genius as it does on Jane's strength and struggle. And in this deleted scene from the film, we see Hawking and Wilde meet the Queen of England — one of the many extraordinary highlights in the pair's life.

See more deleted scenes and extended features on The Theory of Everything DVD and Blu-Ray, available Feburary 17.