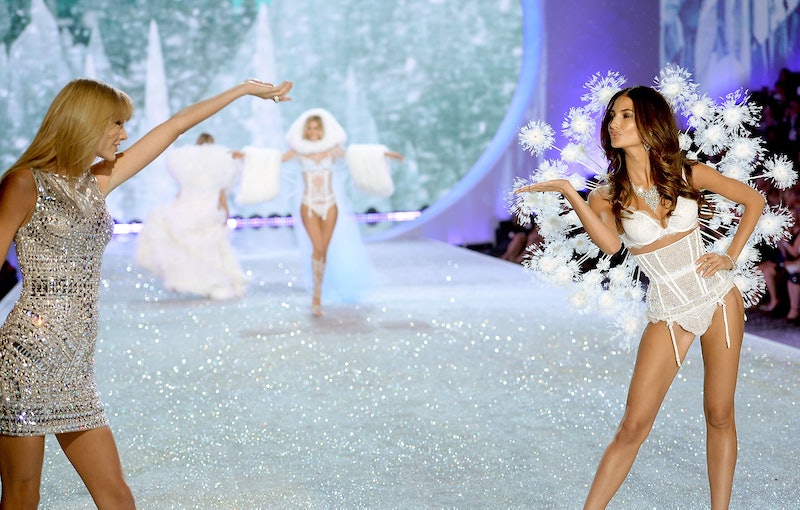 If you're anything like me, you spend about half your time wishing you were Taylor Swift, and the other half of the time wishing she was your best friend. If you can relate, prepare to be super jealous of Lily Aldridge's daughter, Dixie, now that their family has moved to Nashville, where Swift lives part time. Not only is her mom a Victoria's Secret angel, but Aldridge's daughter also lays claim to Swift as her BFF. Despite the fact that she's only two and a half, she's formed a pretty solid bond with the "Style" singer... and her cats. And according to what Dixie's mom tells People, she's taken to regularly begging to go to her bestie's house to hang out.

"Taylor and Dixie are best friends!" Aldridge says. "She asks to go to Taylor's house every day and loves to go upstairs and play with her cats. It's just amazing. [Swift is] just the sweetest person."

Dixie is hardly the only BFF of Swift's who's hung out at her house recently. Swift invited a fan (and her family) over for Valentine's Day, and yep — they got to play with the cats too. Basically I'm dying of envy, but I will find a way to carry on with the hopes that next time Swift sends out invites for hang sessions, I'm on her list.

Another fun fact: Aldridge's favorite Swift songs are Blank Space and Style. Girl's got good taste! And just so you can put a face to a name, here's Aldridge's daughter, whose father is Aldridge's husband, Caleb Followill — yup, the same one from Kings of Leon. And together, Aldridge and Followill have sucessfully made one of the cutest toddlers in the world. That hair!

Aldridge, if you ever need a babysitter for Dixie, you know who to call! I'll even bring my cats.